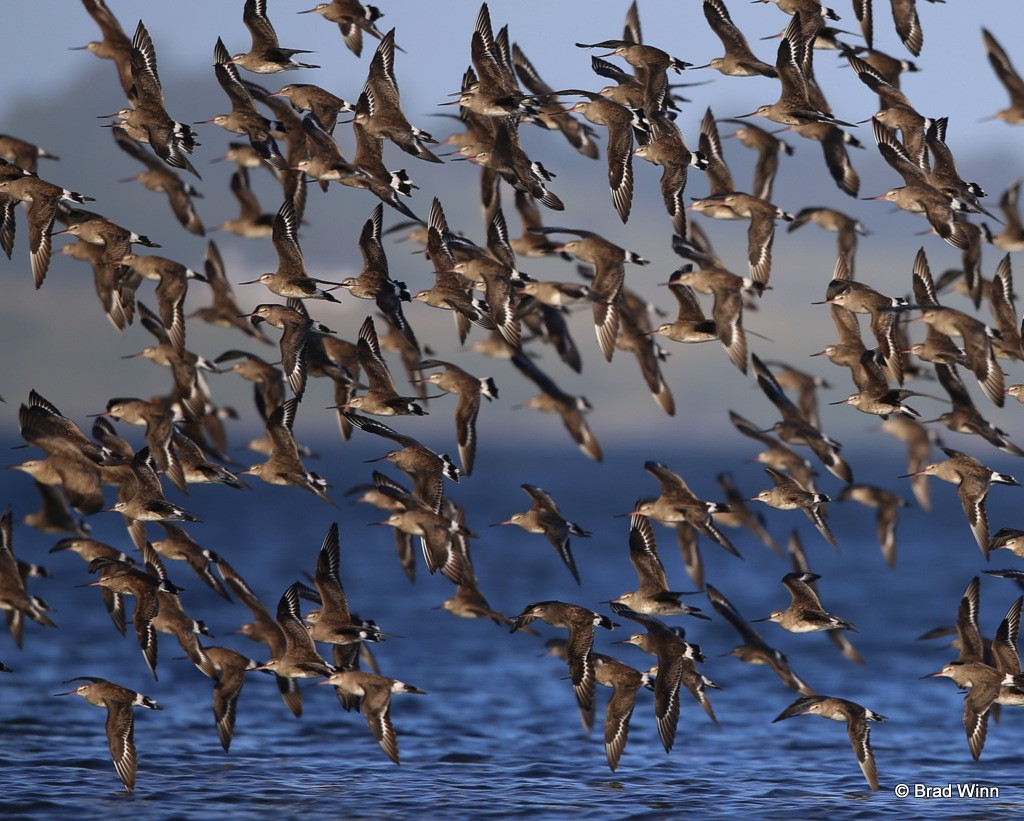 Some shorebirds nest in vast, inaccessible tundra landscapes, migrate incredible distances, and disperse into equally wide and frequently remote nonbreeding areas for much of the year. So how can anyone have a reasonable guess of the number of individuals in any of these long-distance species? How do we begin to understand how well populations of each species are doing over time? How do we find out where the most important places are for these birds that fly between continents?

These questions and many more related to understanding the basics of shorebird migration and population biology were on the mind of a young biologist named Brian Harrington at the Manomet Bird Observatory in the early 1970s. His approach to finding the answers to these puzzles established one of the longest-running citizen science projects in the world.

Manomet has monitored bird populations and migration for 50 years, beginning with our landbird banding operation that was established alongside Manomet’s inception in 1969, closely followed by seabird and shorebird research projects. These projects eventually became internationally recognized, and have played significant roles in major publications, brought together unexpected partners, and have been part of the lives of thousands of now well-established biologists and conservation professionals.

“We had no budget for the work we were doing, and I thought, ‘How can we find out where shorebirds are going using a scientific approach without any funding?’” said Harrington. “We had the idea to enlist volunteers all around the hemisphere, which was the beginning of the International Shorebird Survey.”

Brian came on as a shorebird ecologist in 1972 after already being acquainted with Manomet’s Executive Director Kathleen ‘Betty’ Anderson during his graduate work studying Sooty Terns in the Pacific Ocean. Being a native of Massachusetts, he was aware of the best places to see shorebirds in the state, including Monomoy National Wildlife Refuge and Plum Island in Newburyport. “There were certain places in the state where you could see thousands of shorebirds, and also places seemingly close by where you would see very few individuals. It seemed to me that this could have meant that there were few places where birds could feed and fatten up; places that were very precious during migration.” 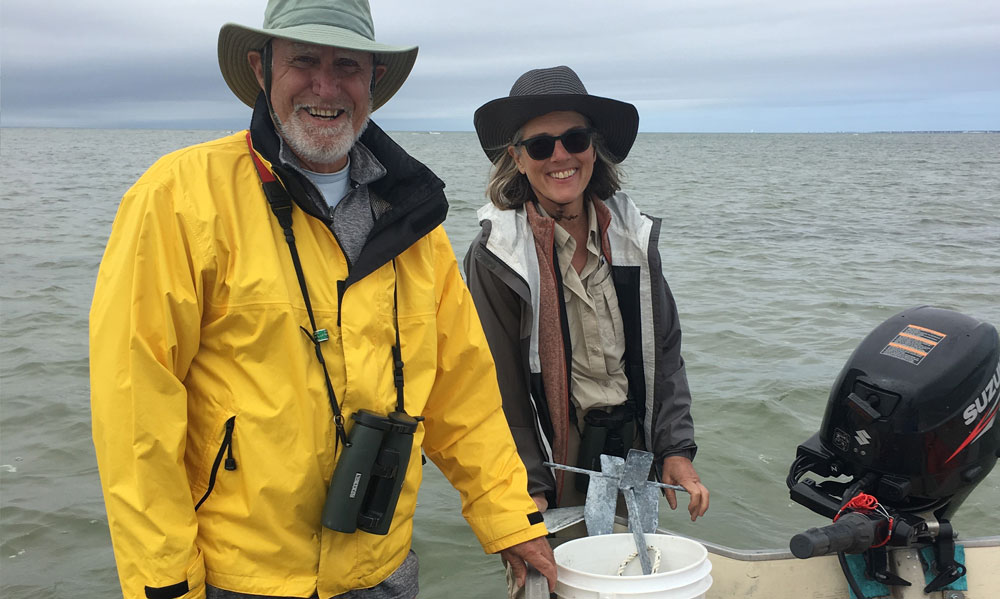 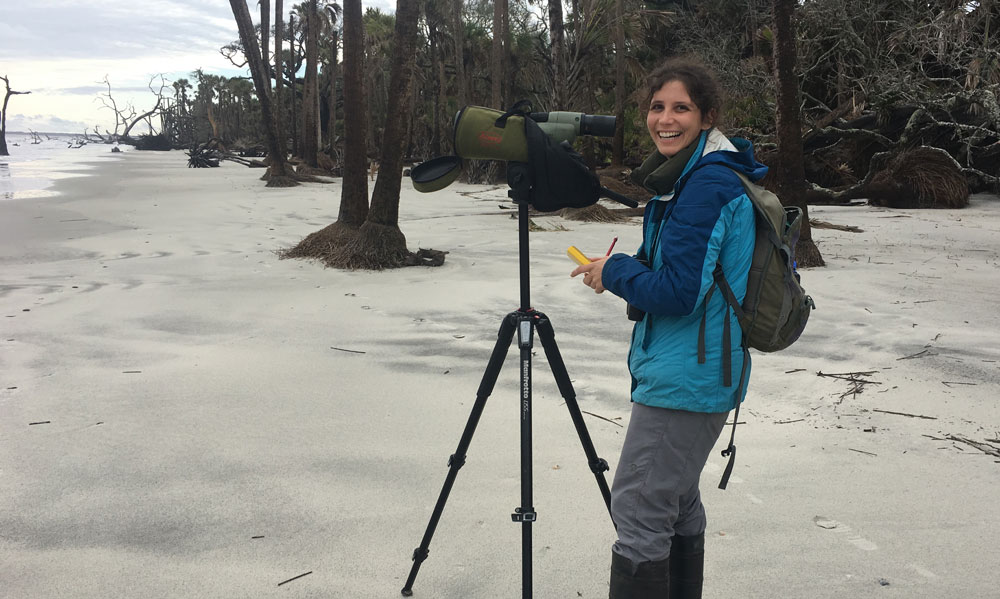 Harrington took his idea and built upon it a program to recruit volunteers across North and South America to conduct shorebird surveys to get a more complete picture of where shorebirds were being sighted, for how long, and when they moved. “Of course, we couldn’t cover every spot shorebirds could be found across the Western Hemisphere, but we had enough coverage that we were able to tease out the fact that some species were very dependent on particular spots and that they weren’t widely dispersed as had perhaps been assumed prior to these surveys.”

This network of volunteer surveyors evolved into the International Shorebird Survey (ISS). Data started coming in from a growing number of private individuals who wanted to contribute their time and energies to this new exploratory effort. The strategy to use volunteers was the key to perpetuating the effort into the future; the survey continues today with 357 participants currently contributing between 2,000-3,000 surveys each year from 29 countries, spanning the Americas from top to bottom.

“Monitoring provides information that is key to quantify a site’s importance for shorebirds,” says Arne Lesterhuis, Conservation Specialist at Manomet in Paraguay and ISS coordinator for Latin America. “Even more so, data generated through regular and standardized volunteer monitoring programs provide the basis for management and conservation of species and habitats. Without it, management plans cannot be evaluated. Monitoring, if implemented correctly, will give us an answer on what works and what does not. ISS has been a tool in identification of key sites, but also monitoring success of habitat management plans.”

ISS Contributors across the Years

Citizen science and consistent, long-term monitoring have become crucial components of understanding shorebird ecology. ISS migration data and analysis have evolved from answering the broad ecological questions that Brian had in the 1970s to now playing a significant role in what we know about how shorebirds are doing with today’s challenges from climate change to human disturbance.

In 2019, a study in Science magazine showing that there are three billion fewer birds in North America than five decades ago received worldwide attention. The study’s lead author, Ken Rosenberg, Applied Conservation Scientist at Cornell University and American Bird Conservancy, depended on data collected by the public in order to draw conclusions that have now made international headlines, including shorebird data from ISS.

“Because most shorebirds breed too far north to be monitored by the Breeding Bird Survey and over winter well south of traditional coverage by Christmas Bird Counts, we relied on migration counts for the most complete and reliable estimates of continental population trends for 20 shorebird species,” he told Manomet. ISS provides monitoring data that would be simply impossible to generate without this broadly dispersed network of volunteers. In addition to the sense of accomplishment that comes with participating in a global citizen science project benefitting shorebirds, volunteers may also gain a feeling of comradery, and even a strong sense of pride.

Environment and Climate Change Canada’s Paul Smith, who co-authored the study with Rosenberg and others said, “Without dedicated survey participants, and without Manomet’s long-standing leadership, there would be no national shorebird monitoring program in the United States. The ISS is the key monitoring dataset for shorebirds in North America. As people faithfully head out to shorebird stopover sites to participate year after year, and in some cases decade after decade, it’s important that they recognize just how significant their individual contributions are.”

ISS volunteers are the reason the program has grown into what it is today. Their dedication and passion for birding drives the ISS forward with each and every contribution adding to an important database being used to unlock the mysteries of shorebird migration. All while getting out and connecting with the natural places near them that shorebirds, often temporarily, call home.

“For me, this is fun, exciting, and rewarding,” says Martha Cartwright, ISS contributor from the Bahamas. After being introduced to birding by a local group of birders in her home in the Bahamas, she was hooked. Once she had become a regular bird-siting contributor, she was asked by Manomet Staff to participate in ISS based on her location and new-found “addiction.”

“If you’ve been wondering if you’re skilled enough to make contributions as a volunteer,” she says, “take my story by heart. You are.”

Another dedicated volunteer for ISS, Jerry McWilliams, the founder and director of the Presque Isle Hawk Watch, has been studying birds since age 12. In 1977 when he was asked to cover Presque Isle for ISS, he was eager to help. Over the last 43 years, he has submitted more than 1,500 ISS checklists, easily one of our most prolific contributors. Speaking about his contribution to shorebird science, he says, “I felt the data that I and others collected for the ISS would be crucial in the future protection of both shorebirds and their habitat to growing threats, including the impacts from a changing climate.” 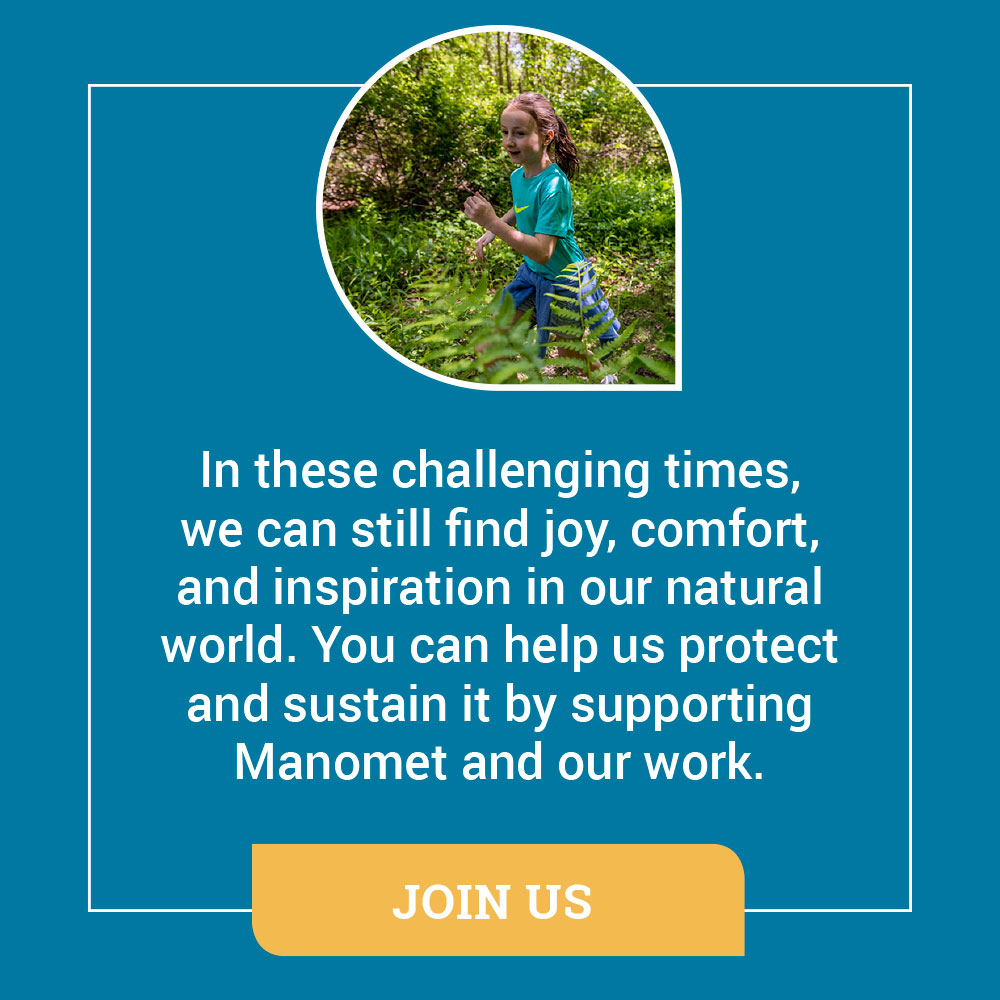 João Damasceno is an ISS volunteer who monitors a site in Guamaré, a small city located in Rio Grande do Norte State, Brazil. After being contacted by Juliana Almeida, Project Manager of the Shorebird Program at SAVE Brasil, he was hooked. He has been counting shorebirds at this site every month since 2015.

“I know my contribution to ISS will help with information about when, which species, and how many shorebirds stop at my site. I also know this information will advise conservation actions to reduce threats, engage stakeholders and protect this site for shorebirds,” said Damasceno.

Shorebird monitoring is an ongoing and essential part of conservation; there is no end in sight for projects like ISS as there will always be a need for new, current data if we are to protect at-risk species and populations as new threats arise. Citizen science is a simple yet important resource that should be part of any monitoring project that allows for it. To streamline data collection, ISS is now embedded in eBird, a world class birding database that is easily accessed by professionals and amateur birders alike. There is even an eBird app available for smart-phones that has streamlined data collection so that it can be completed and submitted while the observer is still out at the shorebird survey site. Manomet is always accepting new volunteers to help collect shorebird data for ISS, and you can get involved by contacting Lisa Schibley, ISS Coordinator for North America, at lschibley@manomet.org.

“We are deeply grateful for the volunteers and professional biologists counting shorebirds for us, getting out to their sites on a repetitive basis for the International Shorebird Survey, and submitting their data through eBird,” says Brad Winn, Director of Shorebird Habitat Management. “We hope they all know the importance of their work and the value of their surveys for all of our conservation initiatives. Citizen science remains one of the greatest methods for widespread monitoring efforts we’ve got, so anyone interested in making a difference the next time they feel like heading out to walk in their favorite shorebird spot, please consider doing so on behalf of ISS. What you consider a hobby could contribute to the next big shorebird science discovery.”

Despite the current situation with COVID-19, many ISS volunteers are still able to safely conduct surveys and contribute valuable data. The safety of our staff and volunteers is our top priority and we ask anyone contributing to the ISS to follow guidelines set forth by the Center for Disease Control and World Health Organization. Visit www.manomet.org for more information.