The island of Chiloé, in southern Chile, is one of the most important sites for Hudsonian Godwit (Limosa haemastica) and Whimbrel (Numenius phaeopus) in the Western Hemisphere. The eastern wetlands of the island are home to 21,000 Godwits, comprising 27% of the world population and 99% of the Pacific coast population, in addition to a significant proportion of the Pacific coast population of Whimbrel. Both species are classified as “high concern” in the US Shorebird Conservation Plan.

Due to its importance for “wintering” populations of Hudsonian Godwit and Whimbrel, Chiloé was selected by the David and Lucile Packard Foundation as a priority site for its portfolio of shorebird conservation projects. Thanks to this support, in 2010, a coalition of local, national, and international partners launched the “Conservation Plan for Migratory Shorebirds in Chiloé.” Partners on this work included Fundación Conservación Marina, Centro de Estudio y Conservación del Patrimonio Natural, National Audubon Society, the US Fish and Wildlife Service, and Manomet.

Additionally, in January 2011, 1900 hectares of the Eastern Wetlands of Chiloé were declared as a “site of hemispheric importance” within the Western Hemispheric Shorebird Reserve Network (WHSRN). This designation had the explicit support of landowners and managers, local municipalities and community organizations, and the national Ministry of Environment. That was the kick-off for Manomet to initiate a conservation process that today shows promising results.

The work of the Coalition has built a strong enabling environment for the conservation of the critical habitats required by shorebirds. Local communities, businesses, and entrepreneurs have all been active participants. Increasingly, decision-makers and landowners are also becoming involved in the process. Before the start of the plan, very few people were aware of the value of Chiloé’s wetlands. Now a significant part of the community values the wetlands.

Currently, Manomet, together with our partner Fundación Conservación Marina, is bringing to a close the fifth phase of implementation of the “Chiloé” plan. This phase focused on the Curaco de Vélez and Villa Quinchao wetlands (subsites part of Eastern Wetlands of Chiloé-WHSRN site) and Maullín, also a WHSRN site, on the adjacent mainland. Although not part of the Chiloé archipelago, these wetlands form part of the same system of critical habitats used by the same Hudsonian Godwit population.

The implementation of the fifth phase has achieved three new national protected areas, designated as nature sanctuaries cover 8,350 hectares of habitats. The achievement of these new protections is particularly important, considering that it occurs in a highly complex context and was achieved despite of a strong political crisis, social outbreak, and the COVID-19 pandemic.

Another highlight of this phase was the evaluation of ecosystem services carried out in the three focal areas. WHSRN/Manomet Flyways Conservation Specialist Isadora Angarita led  a local participatory process to analyze the existing ecosystem services and build a set of actions to safeguard the services.

Diego Luna Quevedo, Senior Specialist, Policy and Governance for Manomet and WHSRN, has led Manomet’s actions in the Conservation Plan for Migratory Shorebirds in Chiloé for the past ten years. He notes that “by conserving shorebirds and their habitats at these sites, we are directly contributing to the well-being and resilience of communities.” In addition to generating the necessary conditions for birds to successfully complete their life cycles, Luna- Quevedo adds, “local livelihoods, water, better conditions for people’s health, and local economies are also protected. This is vital for the Chiloé and Maullín communities, which depend directly on natural resources for their subsistence.”

To better manage these new protected areas and ensure that appropriate safeguards for their ecosystem services, WHSRN and Manomet, Fundación Conservación Marina, and the Ministry of the Environment of Chile have signed a letter of commitment, opening a new dimension of collaboration. Juan José Donoso, Head of the Natural Resources and Biodiversity Division of the Ministry of the Environment of Chile, pointed out that “the collaborative work articulated with Manomet in Chiloé and Maullín has moved from the local to the national scale. That is why we are now advancing in the development of a National Action Plan for shorebird conservation, which will serve as a roadmap for Chile in the coming years.” 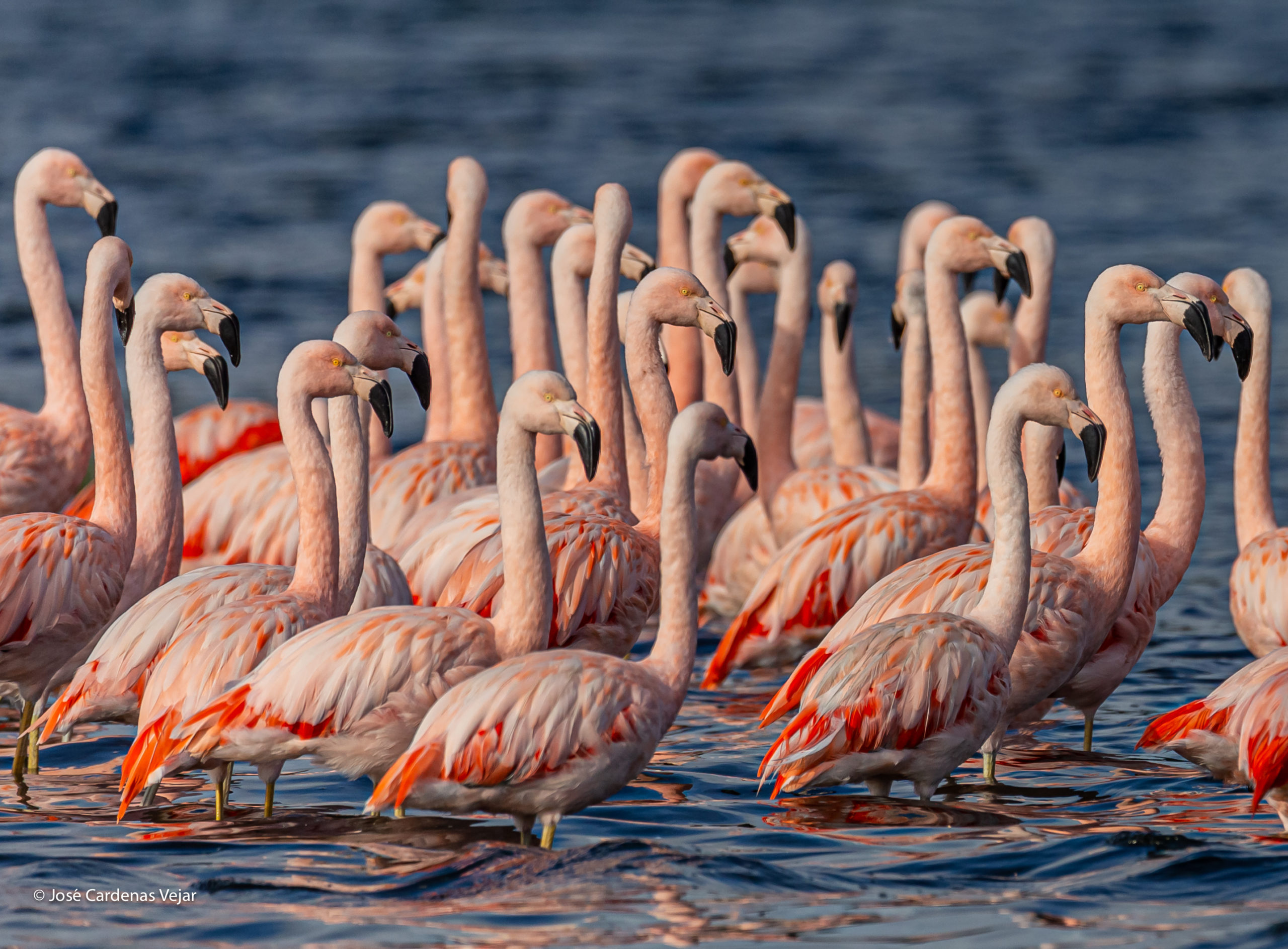 With the support of the Packard Foundation, through the articulation of agreements, and by building alliances and bottom-up work with local stakeholders, we have built solid foundations to maintain shorebird populations within the Pacific Flyway. We hope to reverse shorebird declines through effective protection and management of critical habitats in ways that benefit current and future human generations. This long-term goal is derived from the conservation goals and strategic objectives identified in the Pacific Americas Shorebird Conservation Strategy.

This conservation process will begin a new stage in the coming months. This next stage will include participatory development of management plans for the three national protected areas, installation of basic visitor infrastructure, priority habitat management activities as defined in management plans, and research and monitoring programs for the conservation targets at each sanctuary.

The successful conservation process led by Manomet on the island of Chiloé allows the conservation of shorebirds at the site, national, and flyway scale. Critical habitats are being managed and protected. Planning is taking place at a national level. And partners are working across the Americas representing diverse cultures, nationalities, and languages to deliver full lifecycle conservation for imperiled shorebird species in the Pacific Flyway.

Read More From Our August 2021 Newsletter

Interview With Scott Johnston, US Fish And Wildlife

A Year In The Life Of A Red Knot