Young birders in Massachusetts have a new opportunity to connect and share their passion for birdwatching with others. 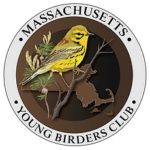 The Massachusetts Young Birders Club (MYBC’s) mission is to create and empower a sustainable community of young birders—12-20 years old—in Massachusetts.  The club was created for young people of all backgrounds to connect and foster a passion for birding and nature alongside a community of their peers. Manomet, along with the Hampshire Bird Club, Birds & Beans, and The Dorr Foundation, is a sponsor of the MYBC. Eventually, members will run the club with help from near-peer mentors, or guides.

On February 12, MYBC co-coordinators Evan Dalton (Manomet’s Lead Instructor of Landbird Conservation), Kit Straley, and Jeremy Spool hosted the first introductory meeting for prospective volunteer guides. As described on the MYBC’s website, guides are volunteers who assist with event coordination and act as mentors for members. The diverse group of young men and women met virtually on Zoom to get to know each other and learn more about the club’s goals as it gets off the ground this year. 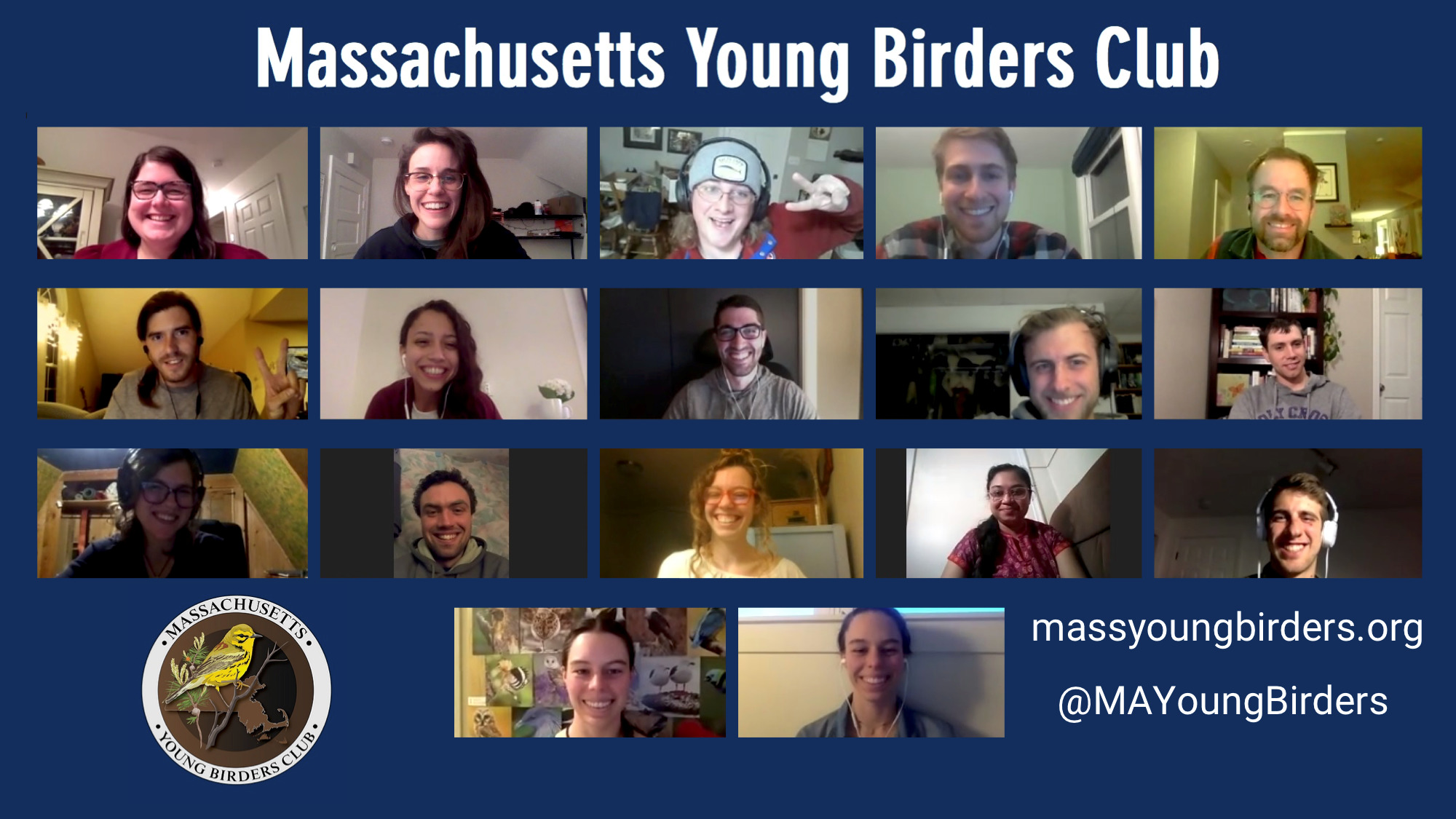 “Our goal is to create a club for young birders by young birders,” says Straley. “The club should be a real community and allow young folks to connect to others with similar interests.”

“I want the club to make authentic connections with all kinds of communities in Massachusetts,” added Spool. “This means being flexible as to what we do at our events, where we host them, and recruiting guides and coordinators that represent the diversity in our state.”

During the introductory meeting, Dalton, Straley, and Spool asked guides to name their favorite bird. (One of the most daunting questions a birder could be asked!) Responses ranged from common northeastern backyard birds including Cedar Waxwing and Eastern Phoebe to much more exotic species like Green Bee-eater and Whitehead’s Spiderhunter.

“Many of our guides are Massachusetts natives, which is great since it will provide members a good point of connection getting to work with mentors who are from their home state,” says Dalton. “That being said, we also have a few prospective guides who are originally from outside the state and even outside the U.S., and we are very excited to be able to bring that diverse perspective to the club, too.”

“One of my biggest goals for the MYBC is to help expand the view of who a birder is and what a birder looks like,” adds Spool.

The main purpose of the gathering that evening, besides meeting and greeting other guides, was to capture ideas for potential virtual programs and ways of staying connected with members.

“We wanted input on ways to build and move the club forward in a way that is COVID-safe,” says Straley.

Ideas included trivia nights on Zoom and ID workshops as well as virtual bird walks and tutorials or workshops on topics like journaling or building nest boxes. While the ultimate goal is to host in-person events and foster connections with nature in real natural places, the co-coordinators and guides are confident that the club can still grow and gain momentum in a virtual space until it is safe to return to the outdoors in groups.

“We hosted one small physically-distanced event in December and hope to host more events like that later this year,” says Dalton. “For now, we look to potential guides and members to tell us what they think would be fun to participate in in a virtual setting so we can expand our idea of what the club will look like during these strange times!”

Dalton, Straley, and Sprool also asked guides to share how they first got interested in birding. Although each story was unique, they had some common themes.

“One of the main things that stood out from people sharing their stories was that everyone had a mentor or peer help them along the way,” says Dalton.

“I didn’t know the difference between a sparrow and a warbler before almost accidentally taking an ornithology class in college,” one of the guides said. “It was because of my professor’s enthusiasm that I became hooked, and now not a day goes by when I don’t think, talk, or find ways to learn more about birds. As a guide, I hope I can be that source of inspiration for another young person through the MYBC.”

Others said seeing a bird in-the-hand was their gateway to becoming more interested in birds. Fortunately, both peer-to-peer mentorship and opportunities like seeing birds up close in-the-hand will be available through the MYBC.

The club’s coordinators are actively recruiting members ages 10-20. If you know a young birder in Massachusetts, please direct them to the MYBC website: massyoungbirders.org. They can also contact Evan Dalton at edalton@manomet.org.

The MYBC has been made possible through support from the Dorr Foundation, Birds and Beans, the Hampshire Bird Club and individual donors.

The Beginning Of Our DEI Journey