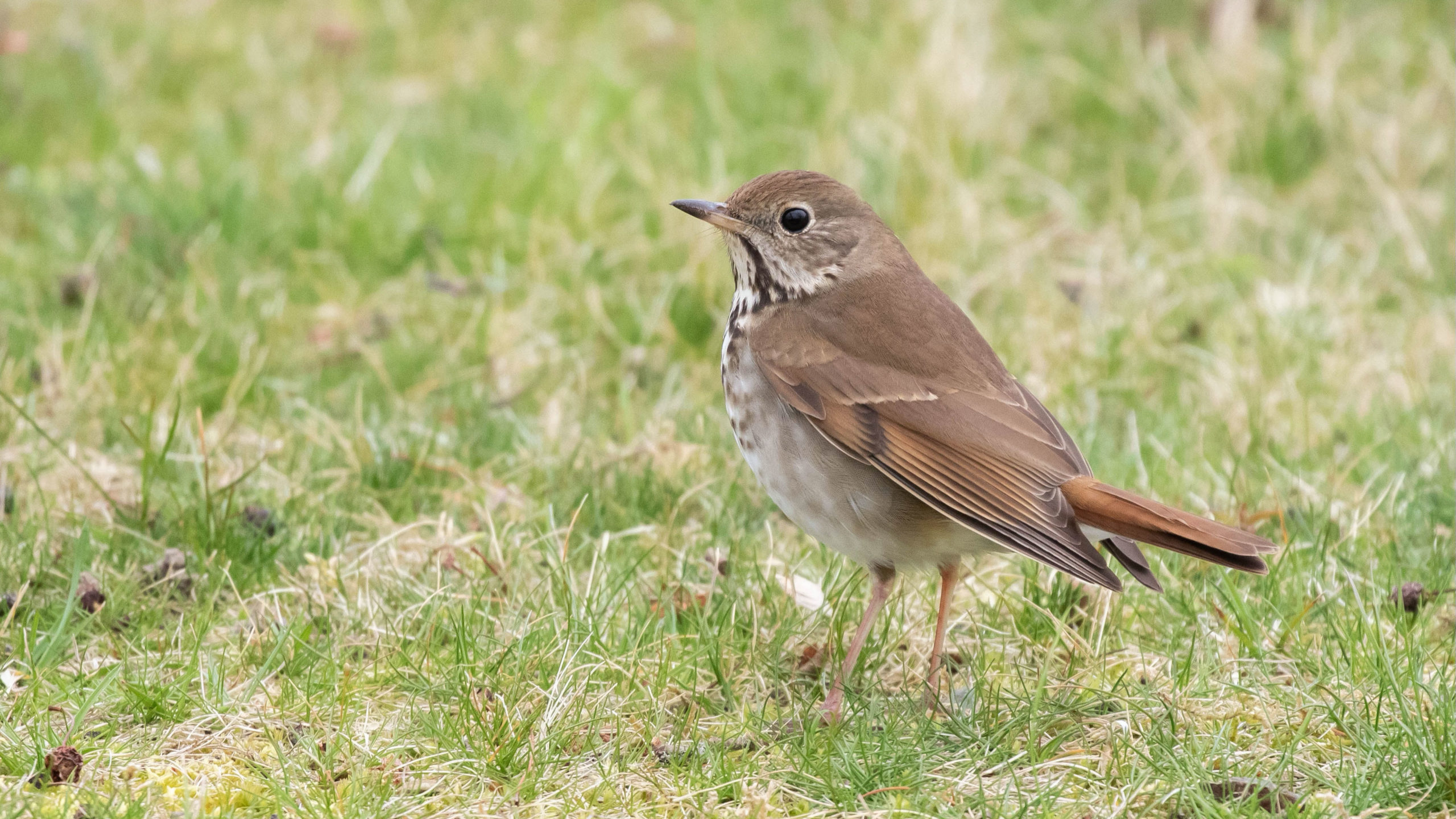 Around April 12, Massachusetts birders were surprised to find thousands of migrating birds grounded by a perfect mix of treacherous weather conditions; the waylaid migrants were seen crowding lawns, parks, and even busy roadsides.

Migration fallout, as it’s known among birders, occurs when migrating birds are forced to pause their travels (often in areas they wouldn’t normally stop at) because of unfavorable weather conditions.

It was “one of the best April fallouts I’ve experienced in Massachusetts,” wrote one eBird user in an April 12 record of birding on Plum Island, during which they counted over 250 Northern Flickers, 154 Golden-crowned Kinglets, and 58 Hermit Thrushes.

On a typical spring day, birders may see a small handful of migrants seeking respite on land. But days with rain, fog, or harsh winds could knock several thousand northbound birds out of the skies, resulting in a bird-a-palooza on land until the weather improves and migrants can continue on their journeys.

Like meteorologists, migration experts and bird enthusiasts often turn to Doppler Radar to see what’s happening in the skies, and detect which conditions could contribute to a birding bonanza on land.

“Doppler Radar can pick up bird movement just like it can water droplets. We can use it to see concentrations of birds moving through, and last week it showed an impressive movement of birds in [southeastern Massachusetts], as well as bands of rain from that cold front,” says Alex Lamoreaux, an avid birder and a former Manomet research technician. “Once the rain cleared, it looks like the birds that were knocked down tried taking off again over Cape Cod, but had to scramble back to land due to fog. It looks like this happened all the way from Manomet to Cape Ann.”

The grounded migrants from last week have since moved on, but migration has only just begun. Tools like the Cornell Lab of Ornithology’s BirdCast offer a user-friendly way of keeping tabs on migrating birds this season, layering weather data and “migration intensity” to show where birds are and let users predict where they’ll go next. Try it for yourself and see if you can predict the next great migration fallout this spring!

How South American salt flats and shorebird habitats are linked to smartphones, laptops, and electric vehicles