How South American salt flats and shorebird habitats are linked to smartphones, laptops, and electric vehicles 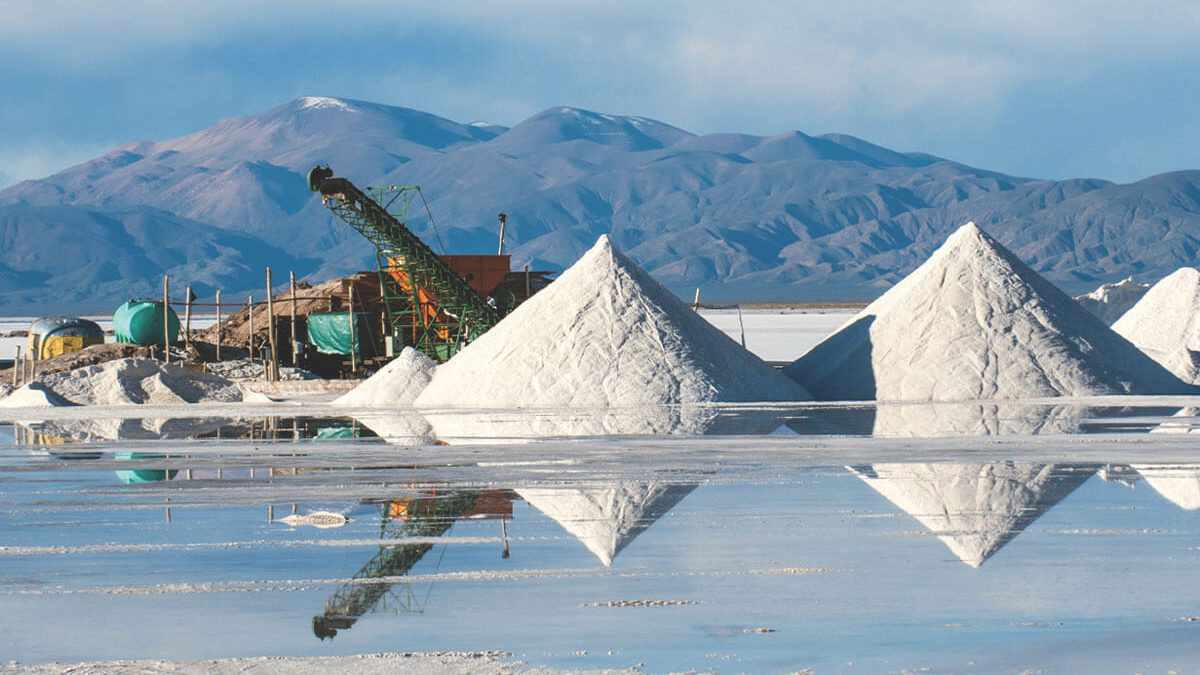 As demand for lithium batteries grow, so does their impact on wetlands in the Andes. Pictured here is a lithium mine at Salinas Grandes in the salt desert of Jujuy province, Argentina. Photo: Earthworks.

By Arne Lesterhuis and Marcela Castellino

Lithium is probably one of the most underappreciated metals–whether we are consciously aware of its presence in our lives or not, it powers the batteries that enable some of our most valued modern technologies: smartphones and laptops. It’s also essential for electric car batteries, which is why in recent years the demand for lithium has been skyrocketing. But because of the way lithium is mined, every lithium-based battery takes a bit more away from critical habitats used by shorebirds and other species.

Up to 80 percent of the world’s lithium reserves are found in salt flats within the high Andean wetlands of Argentina, Bolivia, and Chile, in an area known as the Altiplano. This region, nicknamed “the lithium triangle,” is estimated to contain more than 100 salt flats rich with lithium brine, a salinated groundwater filled with dissolved lithium. From this brine, lithium carbonate is extracted as a salt. As the demand for lithium-based batteries swells, the mining sector is becoming more interested in developing operations inside the lithium triangle. The demand will likely increase even faster as carmakers ramp up their production of electric cars.

Lithium-based batteries are thought of as “green” or “renewable” energy storage, and it’s true that lithium batteries result in less hazardous waste than other types of batteries. But lithium mining has ecological and environmental costs, impacting many habitats and species. To produce just one ton of lithium carbonate requires the evaporation of 500,000 gallons of lithium brine collected from underneath the salt flats. Shorebirds, which rely on the habitats of the Altiplano’s salt flats, are among the species most vulnerable to the impact of lithium mining.

Recent fieldwork conducted by Manomet and partners has revealed that at least 50 percent of the global population of Wilson’s Phalarope use the Altiplano wetlands. The same wetlands also support a suite of resident shorebird species, including virtually the entire global populations of Puna Plover (Charadrius alticola) and Andean Avocet (Recurvirostra andina), both believed to number less than 10,000 birds.

Why Do So Many Birds Flock To Manomet’s Headquarters?