A banner year for migrating shorebirds in Kansas 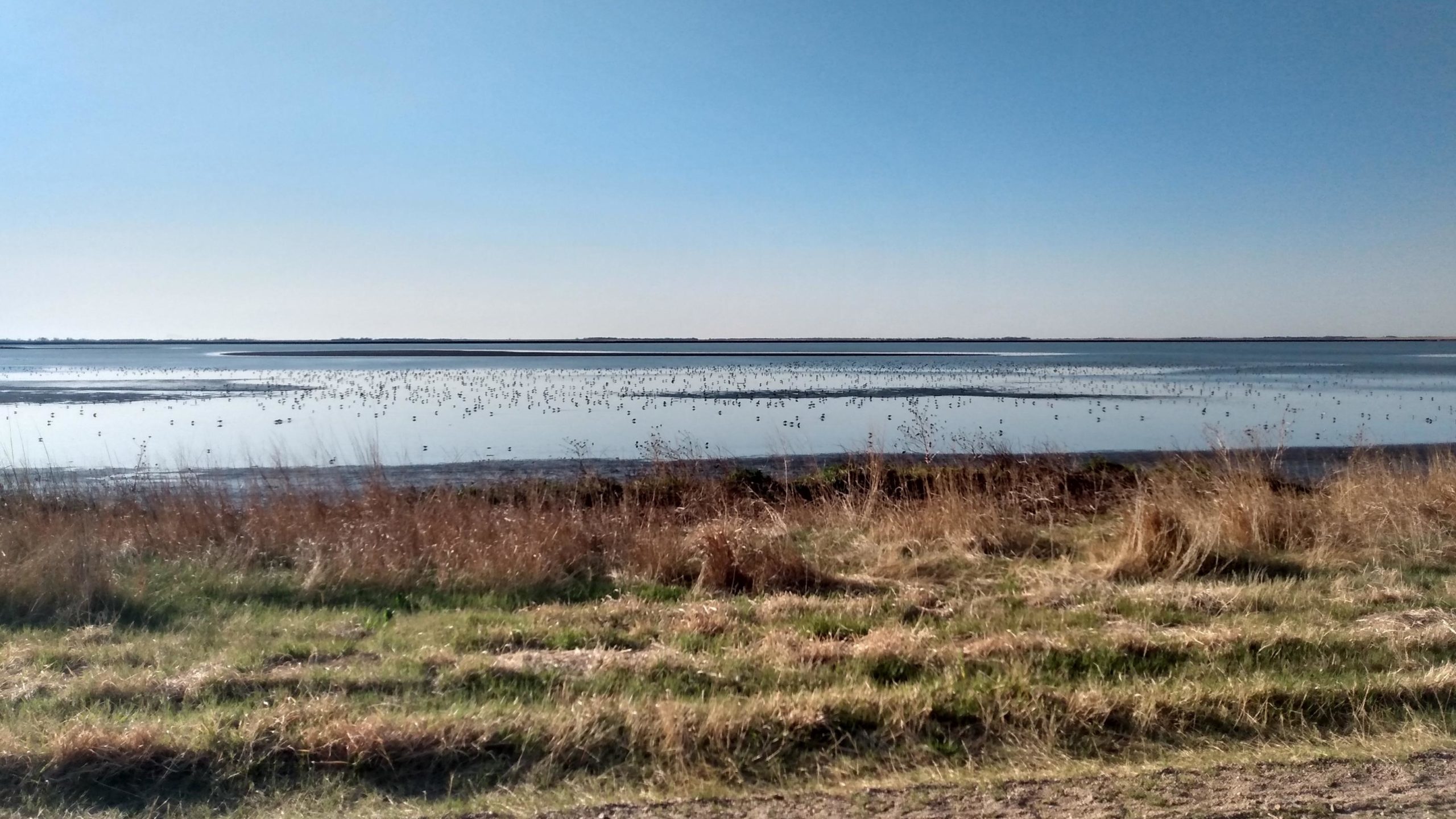 At Cheyenne Bottoms, perfect weather conditions and good management made for the highest shorebird counts in decades. Story photos courtesy of Robert Penner.

Every spring, the mudflats of Cheyenne Bottoms are filled with the clamoring calls of shorebirds. The central Kansas wetlands are hundreds of miles from the nearest coast, but serve as a vital refueling stop for Hudsonian Godwits, Baird’s Sandpipers, Long-billed Dowitchers, and many other species making their annual migration north.

This year, thanks to a combination of good management and good fortune, more birds descended on Cheyenne Bottoms than have been seen there in several decades. Using visual surveys, photographs, and even a few drones, researchers at Cheyenne Bottoms counted more than 500,000 shorebirds stopping at the wetlands this spring, including over 30 percent of the entire population of Hudsonian Godwits en route to Alaska. “It just shows how important this area is to shorebirds,” says Robert Penner, avian conservation manager at The Nature Conservancy in Kansas. “If you create the right conditions, they’ll show up in big numbers.”

Cheyenne Bottoms is the largest wetland area in the interior U.S. and has been designated a “site of hemispheric importance” by the Western Hemisphere Shorebird Reserve Network (WHSRN), an international coalition of volunteers and conservation partners working to conserve shorebird habitat. The site is a combination of semi-permanent marshes and more ephemeral ponds and seasonally flooded meadows, with conditions varying significantly from year to year. “There are only 23 sites with that designation across the Western Hemisphere,” says Lisa Schibley, North American coordinator for the International Shorebird Survey (ISS), a volunteer-based community science program that stretches across the Western Hemisphere and has been coordinated by Manomet scientists for decades. “And sometimes, while these sites met the criteria threshold of 500,000 shorebirds originally, for one reason or another the numbers aren’t quite there anymore. When you get one that’s back at 500,000, it’s very exciting.”

The Kansas Department of Wildlife and Parks manages about 20,000 acres of Cheyenne Bottoms and the Nature Conservancy manages another 8,600 acres or so. To keep the wetlands an inviting habitat for shorebirds, managers are constantly battling invasive plant species and working to keep the meadows cut short. The Great Plains no longer have herds of bison acting as itinerant lawn mowers, but the Nature Conservancy leases the land as grazing space for portions of the year to have cows perform the same duty.

“Cheyenne Bottoms is a postage stamp in a sea of agriculture,” Penner says. “All the things that helped create Cheyenne Bottoms and maintained it as an important area for shorebirds—bison, more frequent wildfires—those are all gone. So that’s why we have to actively manage it.”

This year, the weather helped things line up perfectly for shorebirds: When spring migration started in March, there was plenty of surface water, which was followed by rapid evaporation thanks to a dry and windy April. 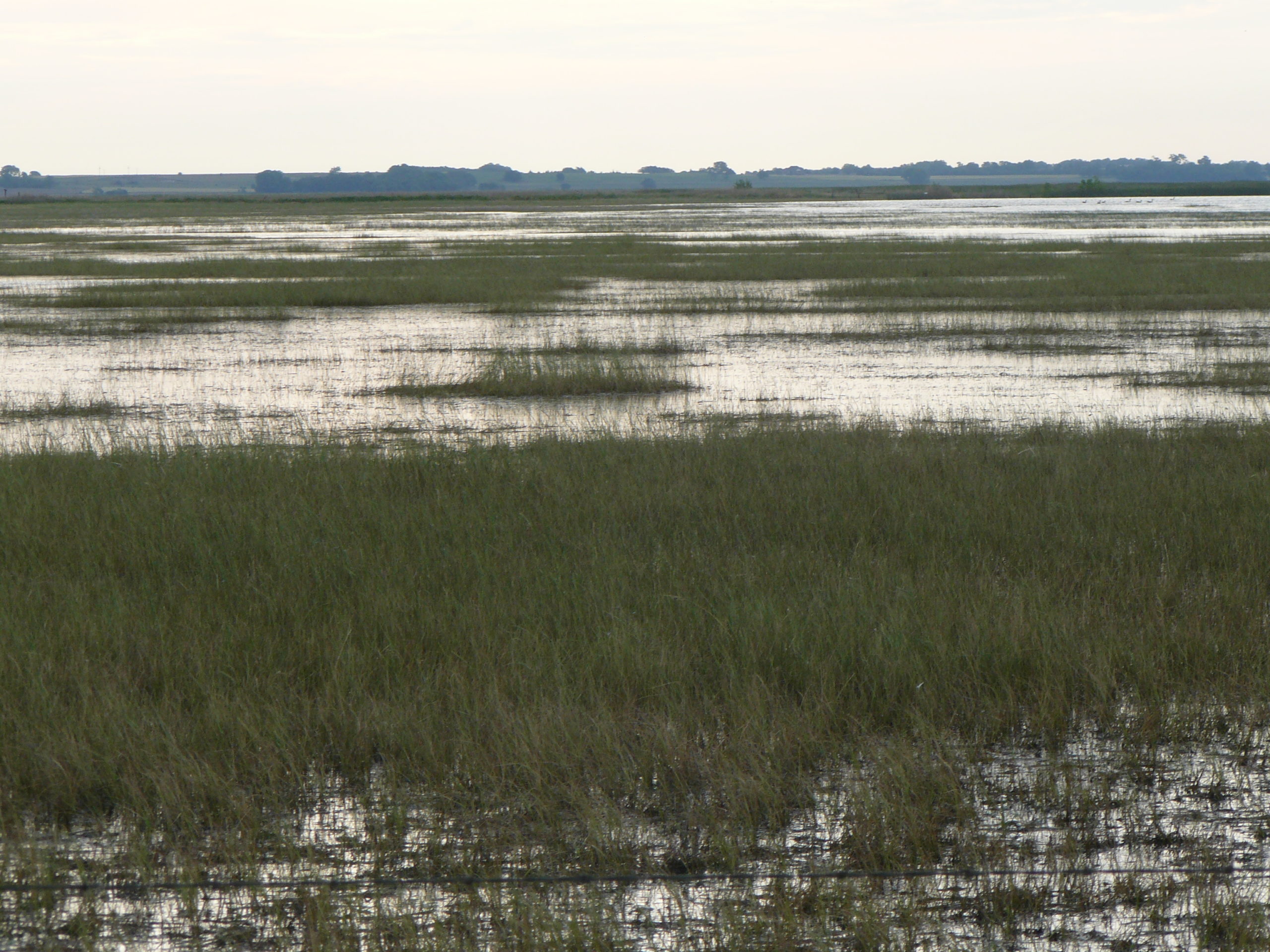 “These huge pools, I mean miles across, were drying up, creating mud flats and shallow-water habitat at the exact perfect time for shorebirds coming through on migration,” Penner says.

The vast majority of shorebirds pass through Cheyenne Bottoms in late April and early May, stopping for a few days to rest and gorge themselves on the bounty of invertebrates in the marshes before continuing north. For some, it’s their first break after thousands of miles of flying.

“A significant portion of the Hudsonian godwit population winters in southern Chile,” Schibley says. “When they are ready to head north, it’s often a 6,000-mile nonstop flight to places like Kansas where they pause to refuel before they continue their journey to their breeding grounds in the Arctic.”

Penner had a hunch that this would be a particularly special year, so he and his colleagues planned a more comprehensive survey than usual. For the past 25 years, Penner has been participating in Manomet’s ISS at Cheyenne Bottoms. For the survey, volunteers estimate shorebird counts at their site using binoculars or spotting scopes. They try to visit the same locations in 10-day intervals from March 15 to June 15 and use the same methods each time.

“Not only does an ISS count give us a snapshot of the shorebirds at a particular site, but with repeated surveys through migration and over many years, we’ve built up information about arrival and departure timing,” Schibley says. “Combining this information from hundreds of sites across the hemisphere has given scientists significant insight into the trends of these shorebird populations.”

This year, Penner and his colleagues added photo points throughout their survey route and used a drone for aerial photography. They also adjusted some of their survey methodology to account for species that have shorter turnover rates—meaning they spend less time at Cheyenne Bottoms.

“Between adding turnover rates and the photographic evidence, along with the ISS, we came up with huge numbers and we feel that these are probably even low because we still couldn’t see everything out there,” Penner says.

Penner is working with a graduate student at Fort Hays State University to create and refine protocols for conducting surveys with drones carrying standard and infrared cameras, to be able to find and count shorebirds even more accurately. These new observation methods aren’t intended to replace the ISS—having long-term data collected with consistent methods is extremely valuable—but they can provide additional details for unusual years like this one.

Shorebird populations have been in sharp decline in recent years, as they continue to face threats from coastal development, habitat loss, and the many disturbances associated with climate change. But these numbers are promising, and show how good management can create the conditions these birds need to survive.

“If you set the dinner table, and set it right and have all the right conditions, they’ll show up,” Penner says. “And that’s what we’re seeing this year.”

Be part of the solution to protect declining shorebird populations in the Western Hemisphere.