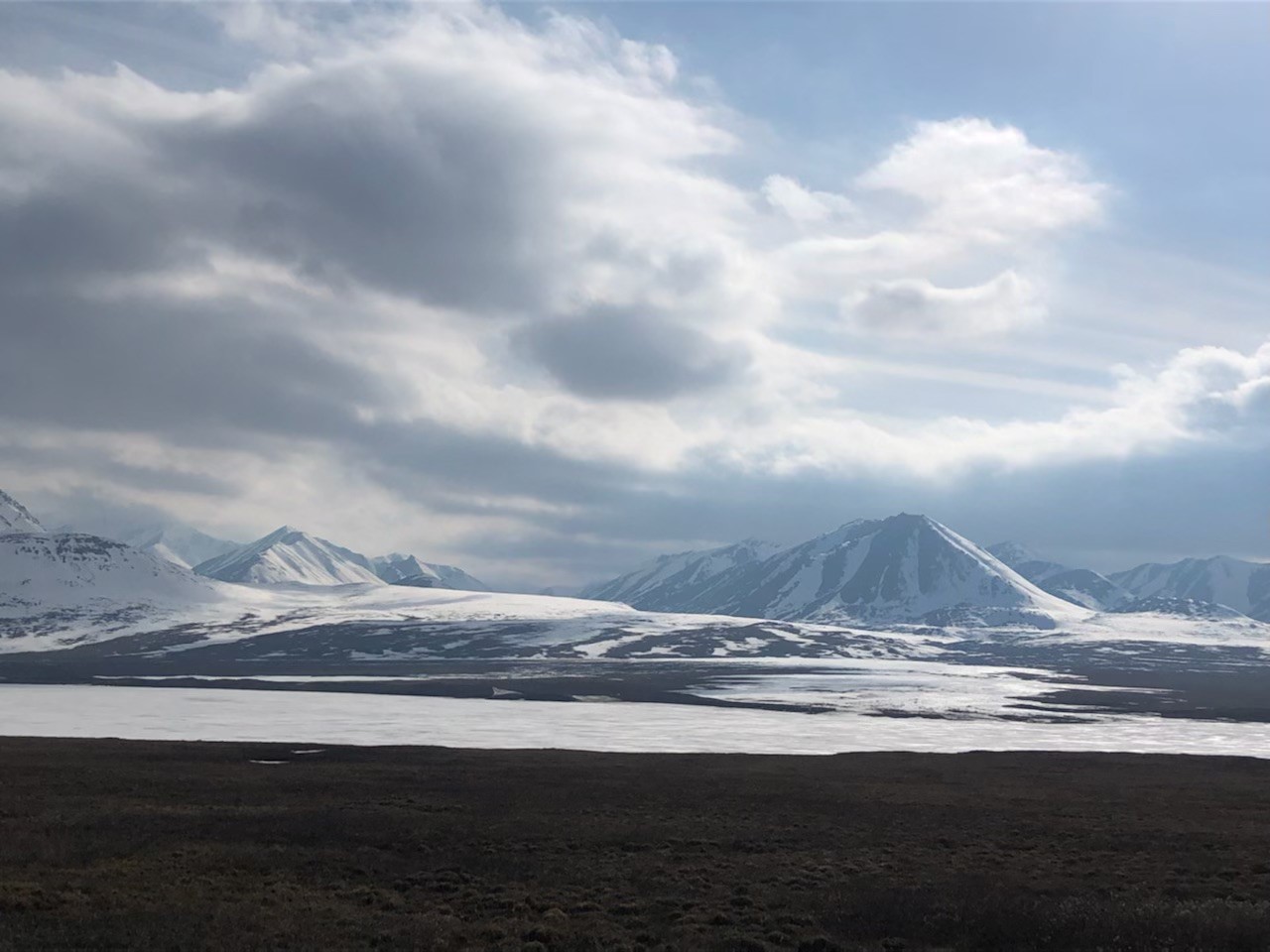 Arriving in Alaska's Brooks Range and crossing over to the North Slope, there are glorious views of the mountains. Photo Metta McGarvey

This season, the Manomet team and research partners are surveying shorebirds on the Arctic coastal plain and assessing shorebird nesting success. They are also testing new audio recording and machine learning technologies that could greatly expand shorebird monitoring capabilities in remote locations.

Welcome to the 2022 field season edition of Manomet’s Shorebird Science Blog!  We hope you enjoyed our first post about our exciting work underway in Texas with support from the Knobloch Family Foundation.

The format of the blog is a bit different from previous years, as you can see; we will be posting a series of articles describing each project as they unfold in the field. This introductory post is just to let you know we are underway in the Arctic, and to share a few highlights of getting the crew out to the field.

After two years of pandemic-related delays, we are delighted to report that we are on schedule for a very busy field season, and excited to return to the Arctic National Wildlife Refuge to finish several projects we started there back in 2019, and also to start a new one!

It’s always an extensive undertaking to equip and send out an arctic expedition, but this year was even more challenging. Just imagine all the pandemic shortages and supply chain issues you juggle in your personal and work lives, and add in that everything unavailable has to be replaced by something similar, and sent first to Anchorage and then by truck to the Arctic. The logistics are staggering.

Our preparation crew of Metta McGarvey and Kirsti Carr, Manomet field technician, did an amazing job getting everything ready for the crew. Their job requires preparations in Anchorage, driving to Prudhoe Bay, flying gear to a small airstrip called Kavik, and then slinging gear and flying people into a remote camp on the Katakturuk River.

The first project we will launch in the Arctic National Wildlife Refuge is completing surveys of the entire coastal plain. This work is part of the Program for Regional and International Shorebird Monitoring (PRISM), the ambitious coalition project we helped launch back in 2001, which has the goal of surveying the entire North American Arctic. The US Fish and Wildlife Service is the major supporter of this effort, led by Rick Lanctot from their Alaska office. The Arctic Refuge was the first area surveyed after the effort began; now, repeat surveys will give us highly precise estimates of how populations have changed over the past two decades, which is critical for monitoring shorebird population status and planning conservation efforts.

We will also be conducting the second year of a large-scale effort to monitor shorebird nest success across the western half of the coastal plain.

Shorebirds face lots of challenges trying to incubate their nests on the ground and raise their young among many hungry predators like arctic foxes and long-tailed jaegers. We think any exploration or development of the area could affect the delicate balances between predators and prey.

We are studying how nest success currently varies across many different habitat types, with support from the National Fish and Wildlife Foundation and our generous donors. This will allow us to be able to detect potential changes later, and ensure any losses are properly mitigated.

At the same time, we are continuing our efforts to understand how arctic-breeding Whimbrels move across the landscape on their annual journeys between Alaska and their wintering grounds in South America.

Last year, Manomet Senior Shorebird Scientist Shiloh Schulte was able to place some small satellite transmitters on Whimbrels, and made the exciting discovery that birds from the Arctic Refuge use both the Atlantic and Pacific flyways to migrate south.

With declines underway on the Atlantic flyway, it’s critical that we understand which birds use which flyways, and what threats they face along the way. We will be greatly expanding our work on Whimbrels this season with support from both the National Fish and Wildlife Foundation, and the Mennen Environmental Foundation.

Finally, we are working with an exciting new coalition of partners including Nicolas Lecomte, the Canada Research Chair in Polar and Boreal Ecology at the Université de Moncton, and Paul Smith of Environment and Climate Change Canada, to test a new approach to recording shorebird songs on the tundra, using remote listening and recording devices.

Currently, we survey birds by traveling in-person to representative plots of habitat, and then extrapolating those numbers across a landscape to estimate population. But our crew can only go to so many places in the short window of time conducive to fieldwork in the arctic, making it difficult to precisely capture true shorebird numbers.

We hope this new audio recording technology, placed in remote locations across vast landscapes, will help us measure populations of birds across a much larger area and gather samples from more kinds of habitats.  The shorebird songs recorded by these miniature devices will be analyzed in Nicolas’s lab, using machine learning algorithms to identify the number and species of singing birds.

We will follow up soon with more blog entries on the details of our projects as they unfold this season. Thank you again to our many generous supporters, we couldn’t do this work without you! 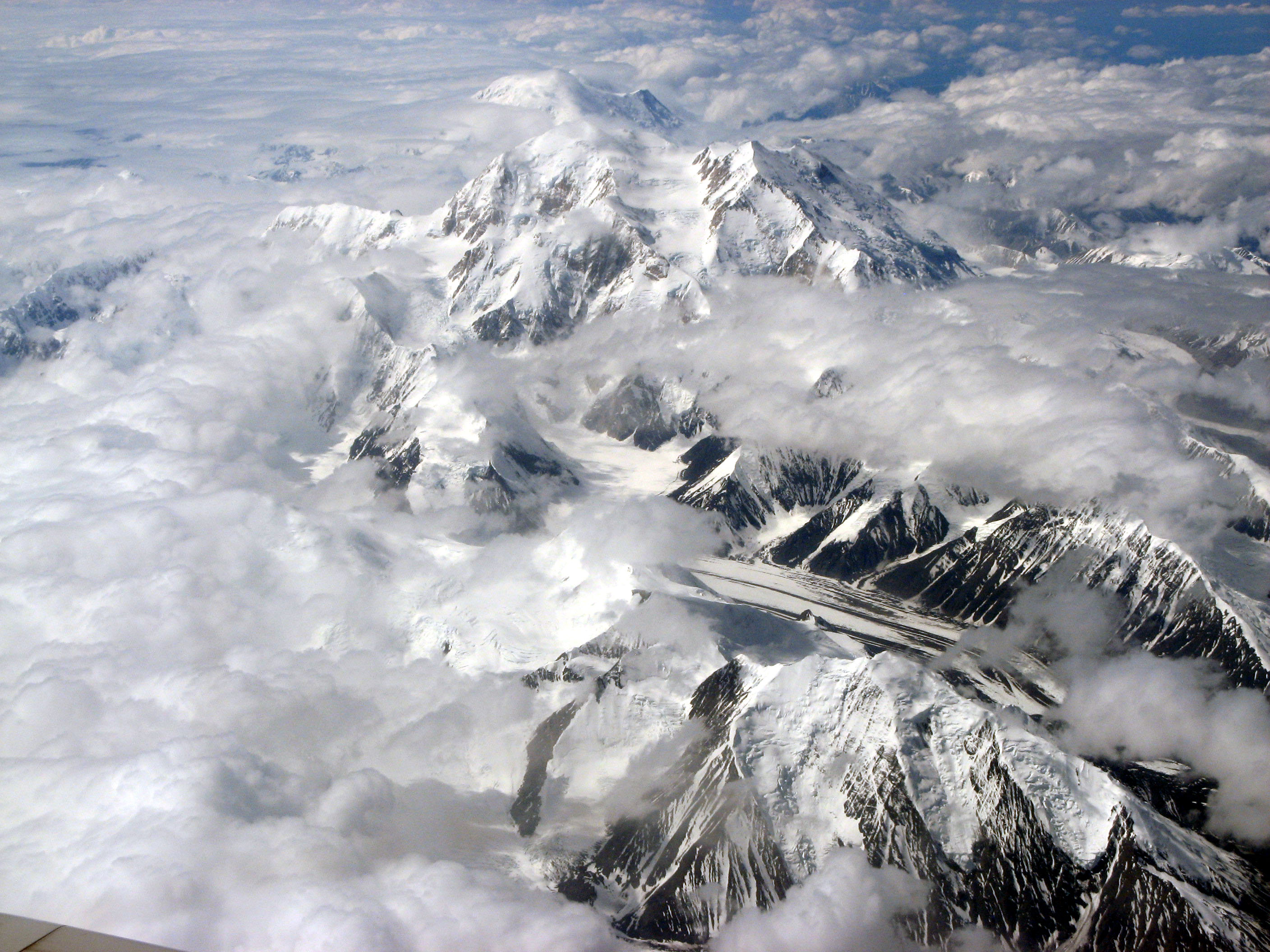 More from the shorebird science blog!