The American Golden-Plover: Connecting the World on Earth Day

Each year around Earth Day, the prairies in eastern Kansas come alive with flocks of stunning, gold-flecked shorebirds.

Feeding on grasshoppers, earthworms, berries, and seeds, American Golden-Plovers (Pluvialis dominica) find the foods to sustain their northbound migration in the prairies of the central United States and Canada. The vast tallgrass prairie that once extended from Canada to Texas has today been reduced to less than 4%, making it one of the most altered ecosystems in North America. In eastern Kansas and northern Oklahoma, the rolling landscape of the Flint Hills represents a unique opportunity to preserve the continent’s last ecologically intact and functioning tallgrass prairie and a vital stronghold helping species like American Golden-Plover survive.

For just a few weeks each spring, American Golden-Plovers land in eastern Kansas to rest and refuel as they make their way to nesting areas farther north. They feed and roost in the Flint Hills’ expansive undeveloped pastures, agricultural fields, and areas with very short grass. Plovers begin to migrate in small groups that increase in size as they approach the peak of migration season in the central United States. This occurs during the last two weeks of April and coincides well with Earth Day celebrations. At the height of migration, flocks with hundreds of these gold-speckled travelers are not uncommon. Northern Oklahoma in Osage County and the southern and central portions of the Flint Hills in Kansas, including Butler, Chase, Cowley, Chautauqua, Elk, and Greenwood Counties, report the largest numbers of these ephemeral visitors. 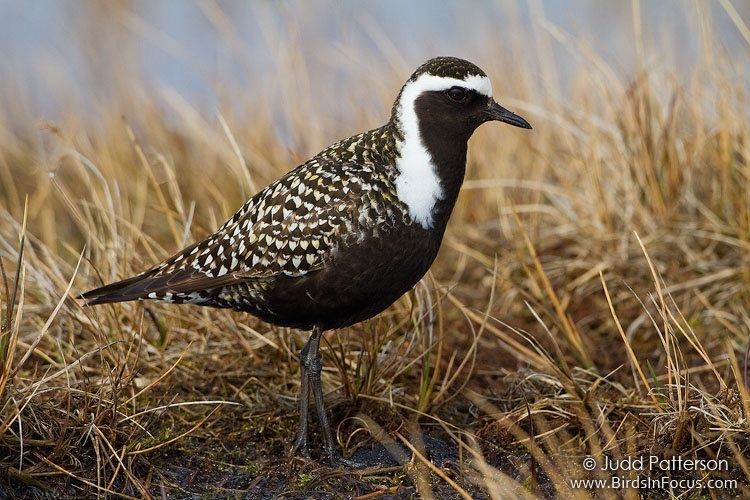 We know from years of surveys that migratory shorebirds associated with grasslands, including American Golden-Plovers, Buff-breasted Sandpipers (Calidris subruficollis), Upland Sandpipers (Bartramia longicauda), and Killdeer (Charadrius vociferus), use the Flint Hills of Kansas and Oklahoma extensively. Each year, tens of thousands of shorebirds rely on the Flint Hills to make a successful migration. More than half of the global population of Buff-breasted Sandpiper and nearly one-third of all American Golden-Plovers use this four-million-acre tallgrass prairie haven each spring. Because of the clear importance of the Flint Hills to shorebirds, the region was designated a Western Hemisphere Shorebird Reserve Network Landscape of Hemispheric Importance in 2016. 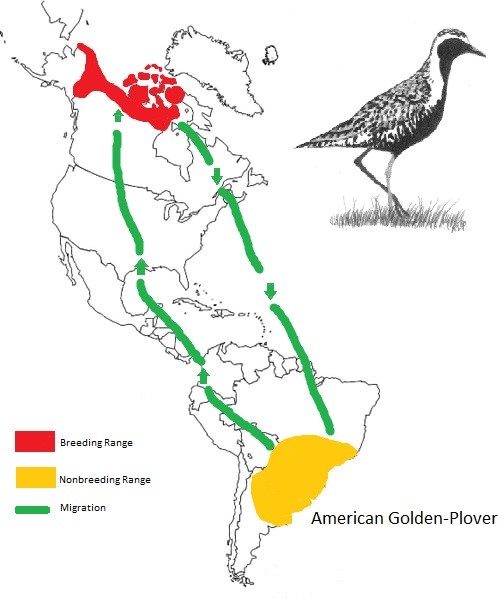 The rich soils of the Flint Hills are prime grazing land, and ranching is a critical piece of the local economy. Through conservation efforts and management on private ranchlands, large tracts of grasslands can continue to support this inspiring migration.

From Kansas and Oklahoma, American Golden-Plovers will continue northward to claim a territory on the arctic and subarctic tundra. Adults will take turns incubating four eggs laid in a small nest on the ground. If they are extremely successful, the fluffy young plovers will grow strong enough to make their first migration within about ten weeks of hatching. When migrating south, American Golden-Plovers will fly offshore the East Coast of North America nonstop to South America. By winter, they will be feeding in the Pampas and Campos regions of southern South America, finding nourishment in grazed pastures and along the shores of marine and freshwater wetlands in Argentina, Brazil, and Uruguay. 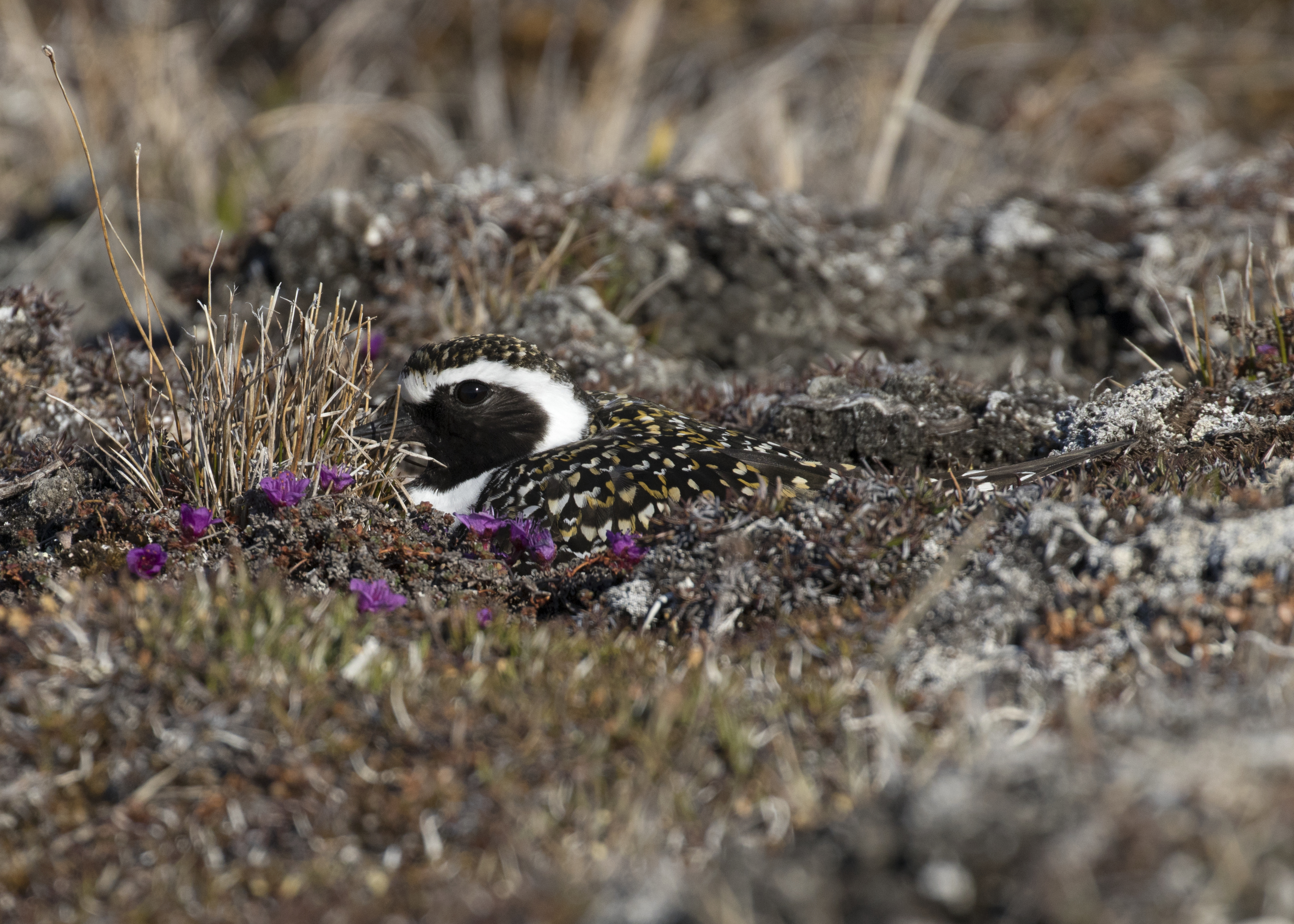 An American Golden-Plover sits on a nest in northern Alaska. Credit: Shiloh Schulte.

The American Golden-Plover is among many shorebird species that were heavily hunted in the United States in the late 1800s with populations that have never recovered. Today, shorebird species that migrate long distances, like the American Golden-Plover and Buff-breasted Sandpiper, are declining rapidly. These birds rely on just a few places in the Americas to complete their annual life-cycle. The Flint Hills is an essential rung on a global ladder connecting northern breeding areas with southern wintering areas.

Celebrate Earth Day this year by learning more about the Flint Hills, and getting to know the migratory shorebirds that rely on this beautiful landscape, all glittering in gold.