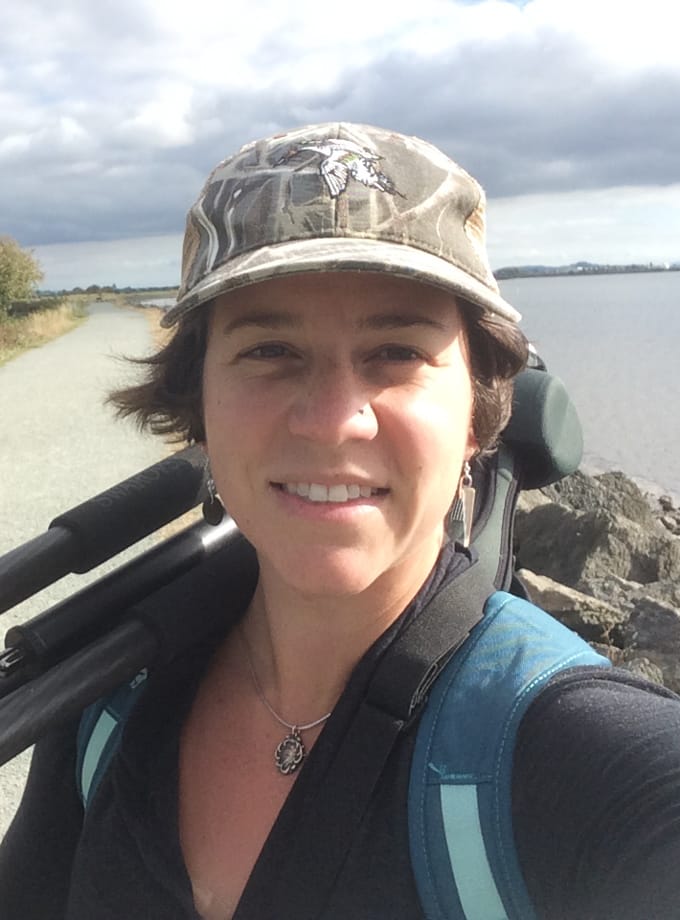 How WSHRN built full lifecycle conservation for the Buff-breasted Sandpiper

When most people think of shorebirds, they envision oceans and mudflats, not the plains and prairies of the American Midwest. But these areas provide a critical habitat for a large number of shorebirds. That’s why this recent news is so exciting: the Western Hemisphere Shorebird Reserve Network (WHSRN) Hemispheric Council voted unanimously to approve the nomination of the Flint Hills, a 3.7-million-acre (1.5-million-hectare) tallgrass prairie landscape spanning Kansas and Oklahoma, as a WHSRN Landscape of Hemispheric Importance. Manomet is a lead partner in WHSRN and implements program strategies and operations under the direction of the WHSRN Hemispheric Council.

In fact, the Flint Hills annually supports more than 134,800 shorebirds, including more than 30% of the global population of Buff-breasted Sandpiper—qualifying the area at the “Hemispheric” importance level, the highest under WHSRN. The area also supports nearly 10% of the global population of American Golden-Plover and is considered a globally Important Bird and Biodiversity Area for supporting grassland-nesting birds and migratory shorebirds.

The great majority of the Flint Hills area (98%) comprises privately owned lands, with many enrolled in land conservation and restoration programs managed by the Federal, State, and nongovernmental partners that actively supported the WHSRN designation. The Nature Conservancy’s (TNC) Kansas Chapter was the lead partner in submitting the nomination and will take responsibility for working with private landowners to make shorebirds and their habitats a priority within the WHSRN Landscape. This stewardship commitment is central to being part of WHSRN.

For the past 15 years, the Kansas TNC has been steadily advancing the goals of its Flint Hills Initiative, a long-term, community-based, multi-strategy conservation effort designed to help preserve the biological integrity of this unique region. Other partners committed to shorebird conservation on this new WHSRN Landscape are the U.S. Fish and Wildlife Service; USDA Natural Resources Conservation Service; Kansas Department of Wildlife, Parks, and Tourism; Kansas Land Trust; Ranchland Trust of Kansas; and the Tallgrass Legacy Alliance (TLA).

With this designation, the Flint Hills becomes only the second WHSRN landscape; the first was the 3.9-million-acre (1.6-million-hectare) Rainwater Basin in Nebraska, designated in 2009 due to its importance as a major stopover for Buff-breasted Sandpipers. Together, the two areas potentially support almost the entire global population of the species on its northbound migration to breeding areas.

Buff-breasted Sandpipers breed in the tundra of North America (Alaska and Canada) and spend the nonbreeding season (boreal winter) in the temperate grasslands of southern South America—in Argentina, Brazil, and Uruguay. Priority areas for the species include Laguna de Rocha (Uruguay), Lagoa do Peixe (Brazil) and Bahia Samborombón (Argentina), which are all WHSRN Sites. The species also depends on a few key stopover sites during its southbound migration, including the Bahía de Asunción (Paraguay) and the Barba Azul Nature Reserve (Bolivia); the latter joined WHSRN in September 2015, and is the first WHSRN site in Bolivia.

With these recent additions to WHSRN (the Barba Azul reserve and the Flint Hills), the network now encapsulates nearly all of the key wintering and migration sites for Buff-breasted Sandpiper. Consequently, WHSRN can now facilitate full lifecycle conservation of the species, working with on-the-ground partners to ensure that appropriate habitat is available at each site at the right time of year. This wouldn’t be possible without the commitments of partners and communities such as those of the Flint Hills. Please join us in welcoming them, and thanking them for becoming part of WHSRN.

With the addition of the Flint Hills, there are now 96 WHSRN Sites in 15 countries comprising more than 36.7 million acres (14.8 million hectares) of shorebird habitat across the Americas. For more information about WHSRN or to support our work protecting shorebirds, visit http://www.whsrn.org/western-hemisphere-shorebird-reserve-network.