As long-distance migrants, shorebirds connect the Arctic with Argentina’s Tierra del Fuego along the Pacific Flyway, and the east coast of the United States to the Pacific coast of Central and South America. On all of these routes, shorebirds face distinct threats that require a coordinated response by different stakeholders throughout the hemisphere who work together to connect conservation with sustainable development.

It is estimated that some 45% of the shorebirds that breed in the Arctic are in decline, with one of the principal factors being the loss or alteration of coastal wetlands. In Central America, the development of the shrimp-farming industry has severely altered the coastal wetlands. In the past twenty years, the shrimp farming industry has established itself and grown. In the Gulf of Fonseca alone (Honduras, El Salvador, and Nicaragua), the industry covers 50,144 hectares; the extensive natural salt flats that were once reservoirs for natural reproduction of native shrimp have been largely replaced by artificial ponds designed for controlled reproduction. As of March 31, 2020, this region exported 8.802 metric tons of shrimp, corresponding to more than 60 million dollars to the United Kingdom, Taiwan, the United States, Mexico, and other countries.

But how are shrimp farms connected with shorebirds?

Coastal areas are dynamic. Within this changing system, the birds have different requirements, including feeding sites during low tide (generally on intertidal mudflats) and roosting (resting) areas during high tide. When the tide comes in, the birds rest in the shrimp ponds with minimal water levels, on their shores, or the shrimp farms’ dikes. The recently harvested ponds also offer an opportunity for feeding, albeit brief.

Studies show that shrimp farms play host to an important biogeographical population of shorebirds, including species such as Wilson’s Plover, Whimbrel, Short-billed Dowitcher, Willet, and American Oystercatcher. During the migration period (from August to September), thousands of birds have been observed roosting on shrimp farm dikes after feeding themselves on mudflats.

Recent shorebird sightings help to illustrate this connection. In September 2020, a Red Knot (Calidris canutus) was reported at the Acuícola Real shrimp farm in Nicaragua. The bird’s green tag and code of 029 showed that it had been banded in 2009 at Massachusetts’ Monomoy National Wildlife Refuge. This individual has also been observed in 2014 at Little Piskwamish, Ontario, Canada, and in 2018 at Mispillion Harbor in Delaware.  In September, birds like this Red Knot pass through the Gulf of Fonseca on their southbound migration. Stopover sites in the central part of Central America are vital for the birds’ survival during migration and also for their reproductive success as they require them to arrive successfully at their breeding grounds. 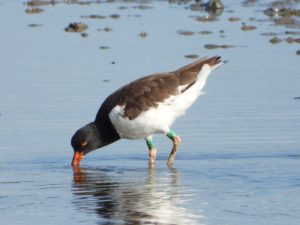 On another pond at this shrimp farm on that same September day, an American Oystercatcher (Haematopus palliatus) marked with a green C5J tag and banded in 2018 at Phillips Island, North Carolina, was also observed.  To date, shorebird biologists have observed 28 banded American Oystercatchers resting on shrimp farm dikes during high tide. Among these was Red F3, which was banded in 2005 at Altamaha Sound, in Georgia, but we have also recorded birds arriving from Florida, New York, and many other spots along the east coast of the US.

These examples show the importance of building a coalition for shorebirds to coordinate conservation actions in the different sites used by the same shorebirds during their breeding season, migration, and non-breeding season (where they spend the most time).

The Executive Office of the Western Hemisphere Shorebird Reserve Network (WHSRN) and the SEAJOY group in Honduras and Nicaragua in 2019 have signed a memorandum of understanding to join forces to identify and implement Good Aquaculture Practices for the conservation of shorebirds.  SEAJOY is a company that belongs to Canada’s Cooke Inc.  It operates a vertically integrated production system and is certified by the European Union, Aquaculture Stewardship Council (Farmed responsible ASC certified), Best Aquaculture Certified, Natureland, Sedex, and BRCGS Food Safety Certificated. 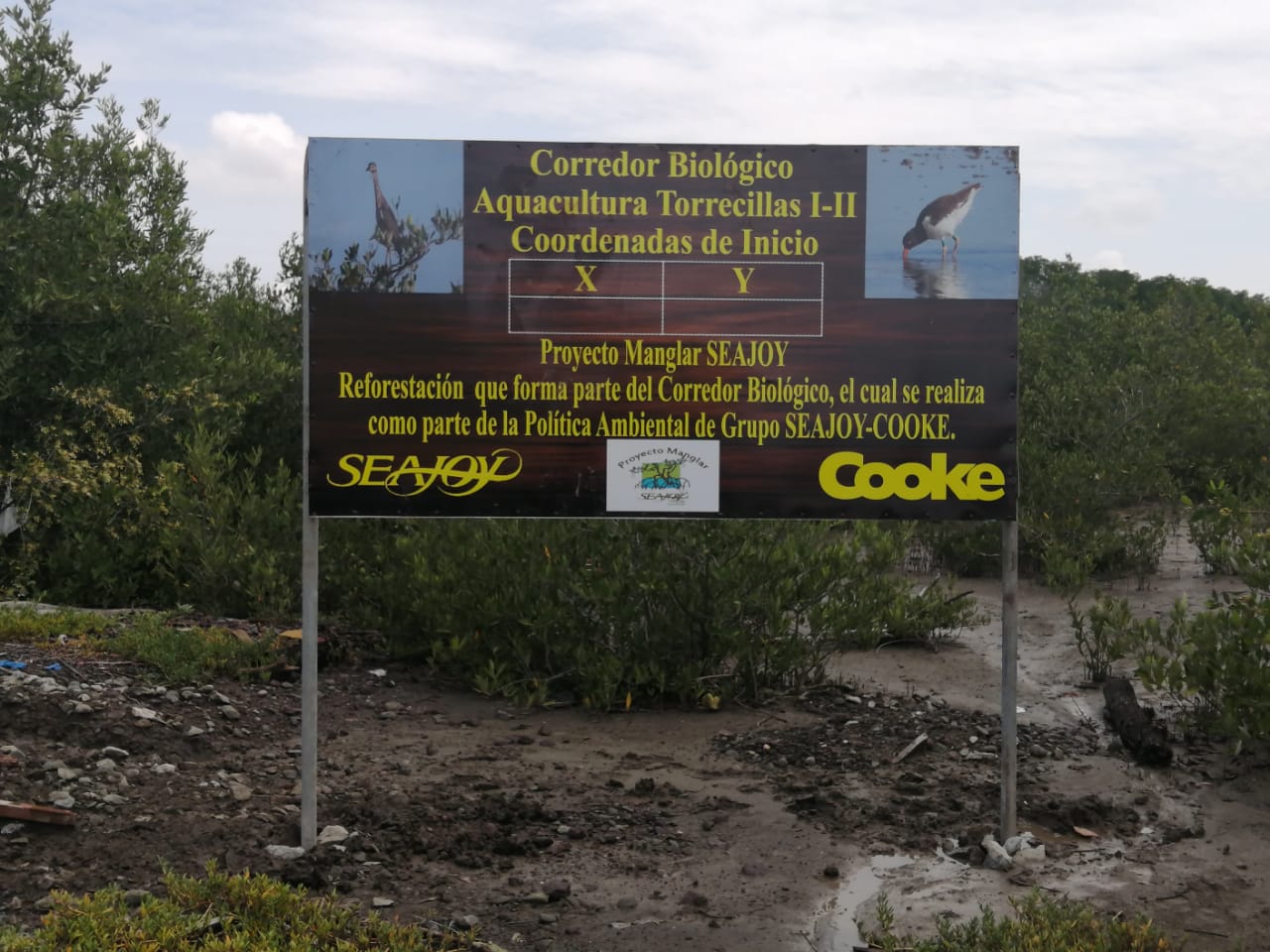 To date, the following steps have been identified by WHSRN, SEAJOY, and local partners as good practices for shorebirds conservation.

The implementation of good practices can mean increased value for the final product. It also offers consumers the ideal opportunity to eat shrimp produced with sustainable development objectives in mind. Finally, it will lead to specific practices to help a group of shorebird species address the multiple threats they face at the hemispheric scale. At the moment of purchase, the market and the consumer have the power to promote just and sustainable products. We live in a connected world, where our consumption habits, production, and responsible citizenry are more interconnected than ever with our future, shorebirds’ future, and the future of wildlife in general. Local shrimp culture production that is socially and environmentally sustainable offers the perfect opportunity for worldwide consumers to support the conservation of shorebirds along their migration routes. 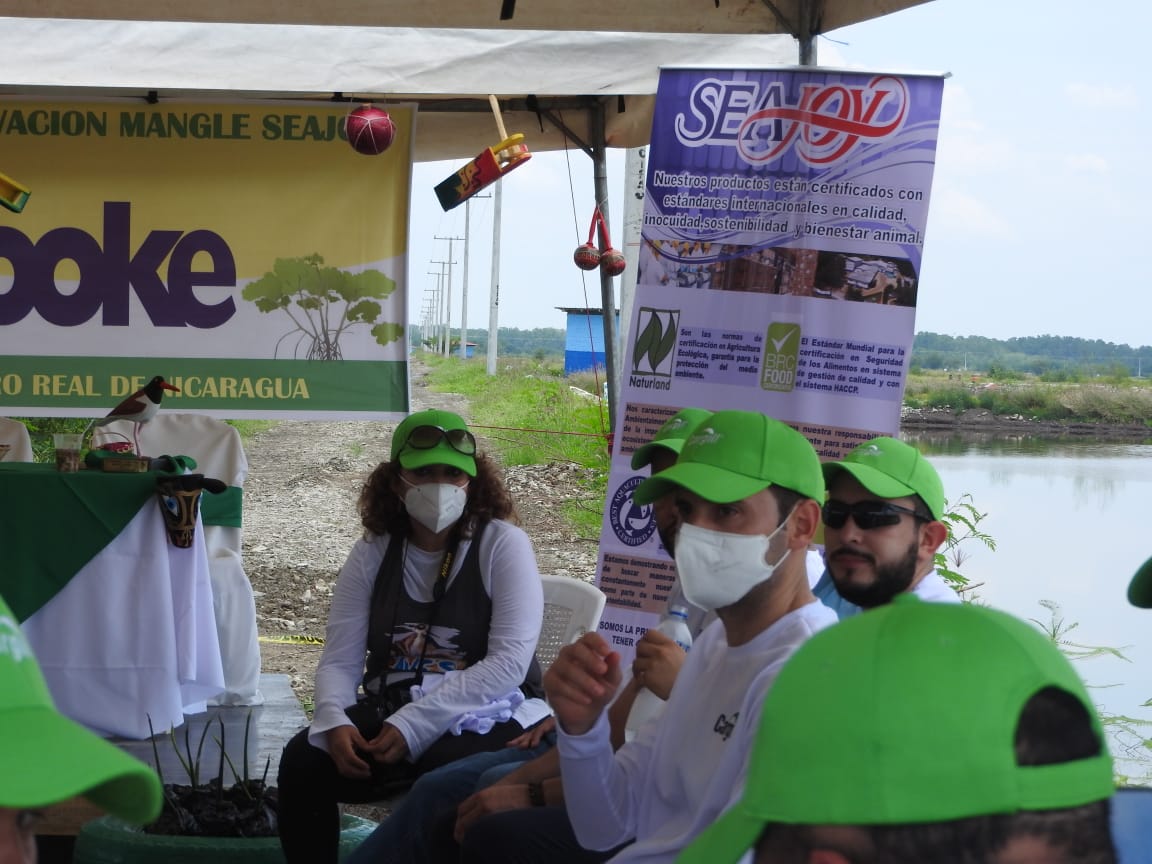 The support for these efforts is possible thanks to the BAND and Bobolink foundations, the David and Lucile Packard Foundation, the granting of the Neotropical Migratory Bird Conservation Act (NMBCA), the International Program of the US Forestry Service (USFS), the Canadian Ministry of the Environment and Climate Change and the US Fish and Wildlife Service (USFWS).  This work is carried out within the framework of Manomet’s Shorebird Conservation Coalitions initiative, which unites several geographic localities and strategies that complement conservation action throughout the hemisphere.