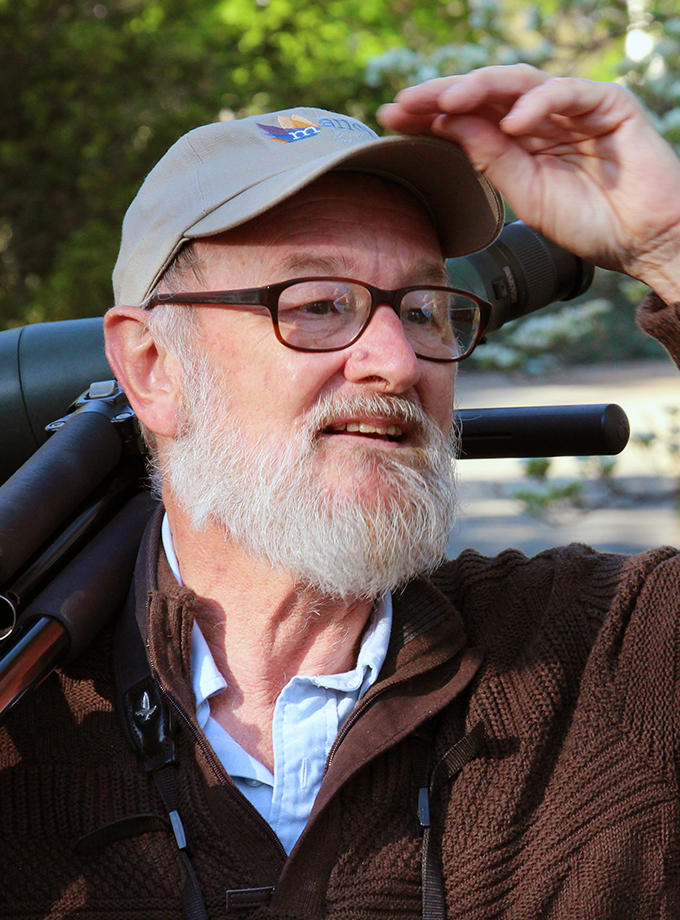 In 2019 we (unintentionally of course) chose the coldest day of the winter so far.  Temperatures ranged from 12°–24° F with clear skies and no precipitation, but at least a 25 mph NW wind at dawn.  There was a dusting of powdery snow on the ground.  Owling was marginal at best, although the frigid conditions may have concentrated landbirds at feeders and water birds in the rapidly freezing bodies of fresh water.

The final total of 109 species in 70.5 party hours was again above average for the last 10 years and we recorded 3 additional species in the count period of 3 days before and after the 19th (Marbled Godwit, Great Horned Owl, and Orange-crowned Warbler).  Last year (2018) was a winter of abundant cones and seeds with many winter finches; this year was the opposite, but a fine supply of acorns and an excellent late berry crop may have accounted for the numerous Blue Jays and record numbers (since 1974) of lingering Eastern Bluebird (69), Hermit Thrush (40) and American Robin (1,826).  The other species records were also landbirds: Cooper’s Hawk (8), Bald Eagle (a pleasing 11 different birds), Red-bellied Woodpecker (47), Common Raven (8) and Song Sparrow (377).  The only record low species was a single Brown Creeper; but perhaps hard to hear their high calls over the roaring, icy winds.  Wintering American Kestrels are no more; but you could say: ”Nevermore ravens than this year”. (Review data from past years here.)

Long term winter waterfowl declines of Canada Goose, American Black Duck, and Common Eider drive the continuing reduction in overall numbers when compared with the 1970s and 1980s.  Ditto the diminished numbers of large gulls and starlings in the harbors and garbage dumps.

Two rare species deserve mention; our 3rd ever Western Tanager eating Red Cedar berries in Chiltonville and our 1st ever CBC Painted Bunting (part of a pattern this fall and winter) eating grass seed on a lawn at Cranberry Village, Carver.

Many thanks to all the field birders in the challengingly frigid outdoors; plus the feeder watchers (29 total participants), who all contributed to this year’s count of 13,932 birds of 109 species.

As always, may your favorite coffee, tea, and hot chocolate shops always be open early and may the evening-tally stewpots and garlic bread never fail.

I hope we see you next Christmas.