The Mammals of Manomet - Manomet

The Mammals of Manomet 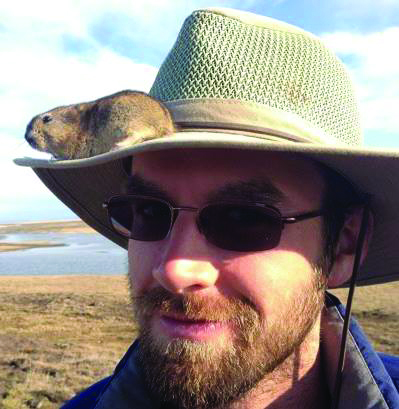 Winter is often thought of as the dormant season—leaves wither, birds fly south, and amphibians sink into their winter hibernation. While this is certainly true in the Northeast, there is still no shortage of animal activity in the winter months, as long as you know where, and how, to look. This winter, we at Manomet took it upon ourselves to explore the winter wildlife at our headquarters property in Plymouth.

What was our strategy? Let cameras do the work for us. Off and on throughout the winter, we strategically placed motion-activated trail cameras throughout the property. We chose locations that appeared to be logical wildlife thoroughfares, whether an easily accessible spot to fresh water or an unobstructed path through our coastal forest. We placed a camera at a location for a few days at a time before retrieving it to review the footage. Once we started to review material, we were truly astounded at the amount of activity! Not a day went by without at least one visitor, and on a few occasions, it was something entirely unexpected.

Here are some of the discoveries we have made, along with a bit of background on their status in the region…

The Coyote is a recent arrival to Massachusetts. First arriving in the state in the early 20th century, the Coyote was unseen by Manomet staff until the 1980s. Coyotes have adapted quickly to the suburban landscape, and are now a year-round resident in the neighborhood. Larger than their western counterparts, recent genetic studies in the Northeast have shown that the newly established Eastern Coyotes are a genetic blend of Western Coyote (60%), Gray Wolf (30%), and domestic dog (10%).

Have you heard Coyotes howling in your neighborhood? They howl for many reasons, whether it is to warn against other intruding Coyotes, locate family members, or advertise for a mate.

Red Fox used to be the rarer of the two fox species at Manomet, but now that role has been reversed. Red Foxes currently breed on or near the property every year, and are certainly the most brazen of our mammalian predators, often seen patrolling in full daylight. We have identified at least two individuals with our cameras—one with a lustrous coat, the other with a nearly hairless tail. On snowy days, Red Foxes can often be seen sneaking up to our bird feeders for an easy snack, showcasing their opportunistic, omnivorous lifestyle.

Gray Foxes used to be much more commonly seen at Manomet. Despite this downward trend, we caught them on our cameras frequently this winter. One of only two tree-climbing canines in the world, Gray Foxes can be separated from the Red Fox by their gray back and black-tipped tail.

Perhaps the most exciting mammal we detected this winter was a Fisher. A burly member of the weasel family, Fisher populations were decimated by the commercial fur trade. Now, Fishers are slowly reclaiming portions of their former range thanks in part to the reforestation of the East in the past century. Manomet staff first recorded Fishers in the neighborhood in 2007 when Trevor Lloyd-Evans spotted a family on the Edison Property, roughly 3 miles from Manomet as the crow flies. Whether the Fisher we detected this winter is a wandering individual or a resident remains to be seen.

Did you know that despite the name Fisher, it is not known to eat fish? Instead, the name has French origins, where the word for a weasel pelt is fiche or fichet.

While River Otters are seen with some frequency in the ponds and rivers of Plymouth County, they are a rare sight at Manomet. This video represents the first documentation of an otter here. The camera that captured this footage was placed at the edge of Scokes’ Pond. The pond was frozen at this point and when the otter was caught on camera, it was walking off of the frozen pond surface onto land. Otters are known for their wandering, though it is entirely possible that they are breeding nearby.

The skilled Raccoon, while abundant, is still quite difficult to lay eyes on. Strictly nocturnal, Raccoons often spend the daytime tucked away in hollow trees. After dark, they descend to maraud through the neighborhood, content to snack on virtually anything edible. Raccoons sleep for much of the winter but do not hibernate. Because they sleep so much, they must pack on lots of fat, which the Raccoons in this video are clearly displaying.

White-tailed Deer are a year-round, breeding resident at Manomet. Many members of our resident “herd” have grown up here and have little fear of humans. It is not uncommon to see them out in the open at any time of day. Following the demise of many of their predators in recent times, there has been a huge, unsustainable increase of deer in eastern North America. Their over-browsing of the forest has had negative effects on forest regeneration as well as birds that depend on the understory for breeding.

While skunks do not enter a full state of hibernation in winter, they do become dormant. During this period, they are largely dependent on the fat reserves they have accumulated throughout the fall, though they will occasionally emerge on warm days. As winter comes to an end and the days grow longer, skunks emerge from their dens and enter into their mating season.

In Massachusetts, there are two species of mouse that are closely related and virtually indistinguishable. They are the Deer Mouse and the White-footed Mouse, both of the genus Peromyscus. This visitor to the camera is one of those two species. We frequently find their nests underneath scrap wood and logs on the property, and they are a critical food source for owls, snakes, and mammalian carnivores.

Any discussion of winter wildlife at Manomet would be incomplete without mentioning seals. For as long as we have had observers here, Harbor Seals have been an abundant winter resident on the rocks below Manomet’s bluff. Believed to pup on islands off of New Hampshire and Maine, their raucous grunts are a fixture of winter here.

Manomet’s Wetlands Restoration and Community Outreach Project is currently focused on the enhancement of wildlife habitat on our property. Learn more about this project and how you can get involved here.

Are you wondering what else has been seen at Manomet? If so, take a look at our iNaturalist page. Here, you can explore our official mammal list, along with our ever-growing amphibian, reptile, and invertebrate lists.