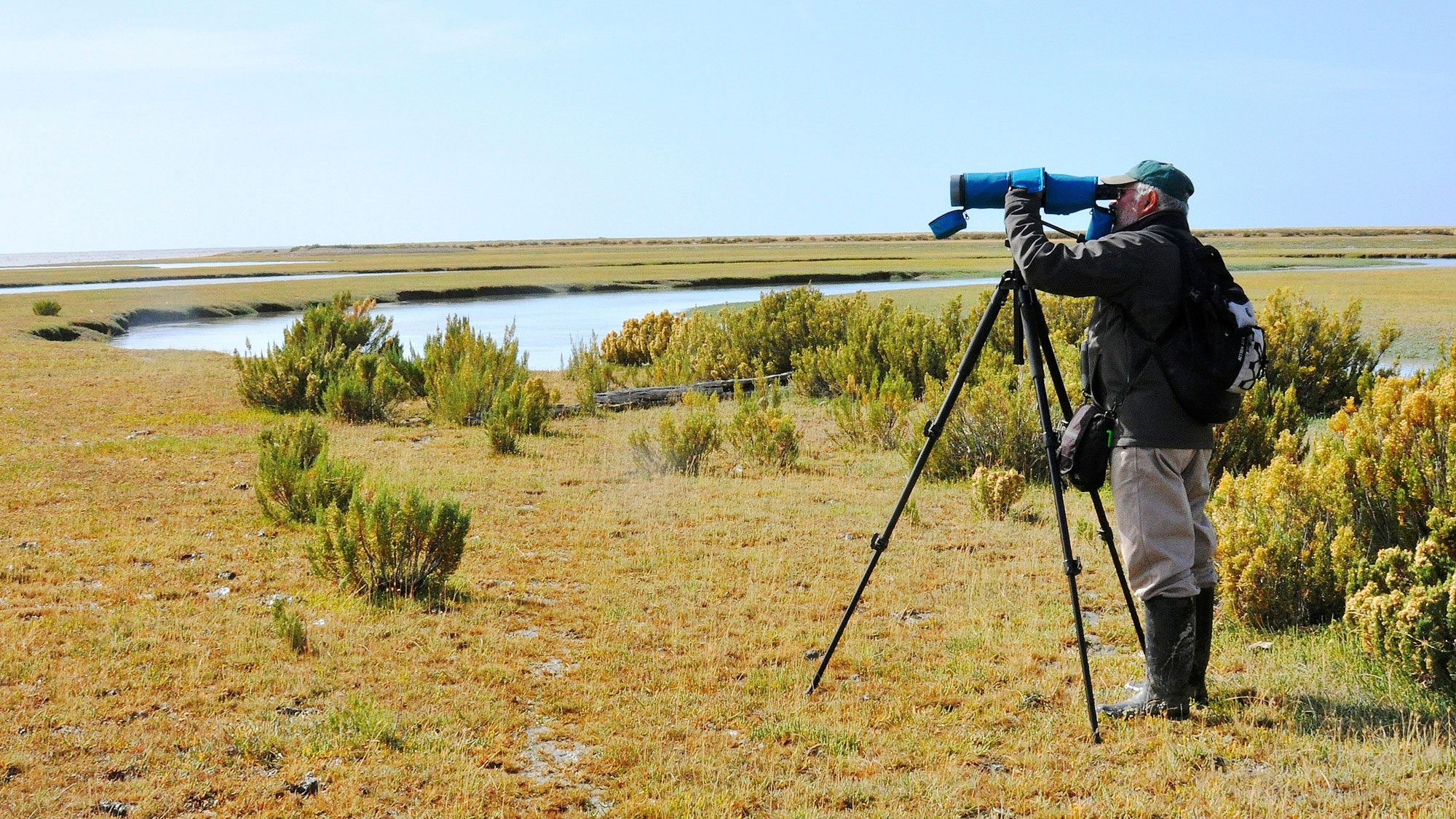 During the 2022 meeting of the Western Hemisphere Shorebird Group, Manomet presented the Pablo Canevari Award to Luis Benegas of Argentina. This award recognizes his long career and contribution to shorebird conservation on the continent.

Luis, a native of the province of Córdoba in Argentina, began birding as a teenager, inspired by his grandfather to learn all about birds. In 1980, during a vacation trip to Ushuaia to explore Tierra del Fuego in southern Argentina, he fell in love with the region and never returned to Córdoba. “I came for a vacation and I’ve been here in Tierra del Fuego for 42 years now,” he says. The landscapes, the people, and the new birds to be discovered played a crucial role in his decision to look for a job and settle in the area.

When he arrived in Rio Grande, two years after that initial trip, he encountered extensive intertidal zones and saw shorebirds for the first time. “There was a tiny bird, but I wasn’t sure if they were shorebirds, I had heard of shorebirds before, but I didn’t know them personally. […] I was struck by those clouds [of shorebirds], which you don’t see so much now, unfortunately.”

It only takes a few minutes with Luis to become infused with his love, passion, and fascination for shorebirds. I am not an ornithologist, and I have spent several years talking with and asking many biologists and ornithologists about their profession and why they study the group of birds or species they study, but rarely have I come across someone with the ability to tell stories and convey their love for their subject of study as Luis does. To ask Luis why shorebirds, is to invite a moment of magic as he excitedly recounts the amazing journeys of these birds.

Read the full article in both English and Spanish on WHSRN’s website.

Shorebirds, Cattle, and Community: The Power of Collaboration and Visual Storytelling in Uruguay’s Working Landscapes