Kicking Off The 53rd Spring At Manomet’s Banding Lab 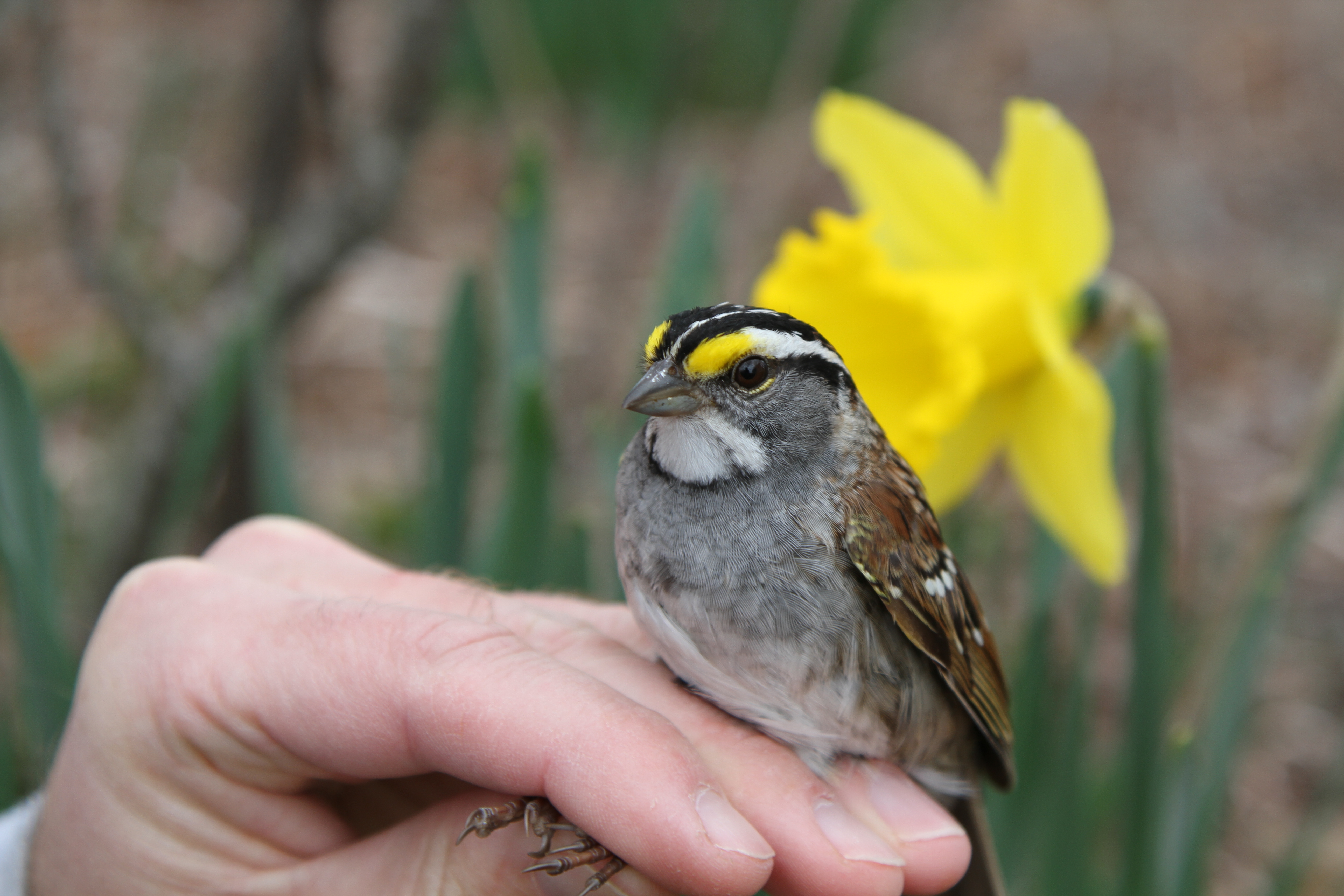 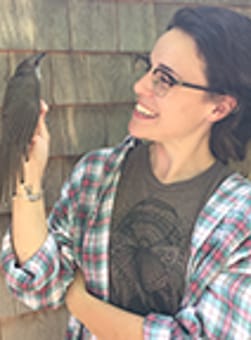 Is anyone else getting the sense that we may, in fact, have fallen into a perpetual winter for eternity here in New England? Well, despite rampant Nor’easters and high temps still just scraping the mid-to-upper 40s, spring has arrived at Manomet HQ, along with the new team of spring bird banders!

On April 15, the team of four—along with Trevor Lloyd-Evans, Director, Landbird Conservation, and Evan Dalton, Lead Instructor, Landbird Conservation—made short work of setting up all 50 mist nets around Manomet’s 40-acre research facility. This kicks off the lab’s 53rd spring season of data collection and educational programming. We don’t know about you, but the staff at Manomet headquarters couldn’t be more excited to welcome the new team and all the visitors—both human and avian—they’ll attract.

Let us introduce you to this spring’s lineup:

A North Carolina native, Alan has played a key role in a variety of Manomet projects for several years. In 2010, he worked with Manomet shorebird staff studying oiled shorebirds in Louisiana following the BP oil spill, and has subsequently spent several summers in Alaska working on shorebird demographics research. He now focuses on the management of Manomet’s HQ property for the benefit of nature-based education and outreach. He is also working to develop a long-term study on migration ecology of Whimbrels on Cape Cod. He has spent three fall seasons at Manomet’s banding lab, making this his first spring experience. Alan earned his bachelor’s at UNC-Chapel Hill and an M.S. studying stopover ecology of songbirds on the Florida Gulf Coast at Delaware State University.

Sasha is an ornithologist and illustrator who seeks to share and savor the balm and beauty of the earth through art and science education. Her most recent field work has included searching for arctic breeding shorebird nests in Barrow, Alaska, and banding migrating raptors in Duluth, Minnesota, at Hawk Ridge Bird Observatory. She is passionate about finding creative and interdisciplinary ways to communicate the results of sound science as she returns to us for her second spring banding season. Sasha holds a B.A. in Philosophy from St. John’s College, an M.S. in Wildlife Ecology from Texas State University, and a Graduate Certificate in Science Illustration from CSU-Monterey Bay.

Laura comes to us from Rhode Island, but has worked on a number of ornithological research projects throughout the U.S. She has worked with Northern Spotted Owls in California, Cape Sable Seaside Sparrows in the Everglades, and Piping Plovers in Rhode Island. She enjoys cooking—particularly when using local tomatoes. Her other hobbies include painting in acrylic, finding local live music, and meeting other peoples’ dogs. Laura has clocked more than 12,000 miles’ worth of solo road trips and calls the Wood Thrush her favorite bird. She received a B.S. in Wildlife Conservation with minors in Entomology and Journalism from University of Delaware in 2014.

Our second Rhode Islander this season, Megan recently completed a seasonal internship studying waterfowl for the Rhode Island Department of Environmental Management. There, she spent the fall and winter of 2017/18 checking Wood Duck boxes for nest activity, conducting wintering waterfowl surveys, and netting and banding American Black Ducks. Prior to her waterfowl work, Megan was a field technician on Block Island for the summer for a project on Lyme disease in birds and small mammals and collected tons of ticks! In addition to her avian interests, you can find Megan enjoying and observing the intricacies of bryophytes and fungi, as well as amphibians and reptiles. She graduated in May 2017 from the University of Rhode Island and studied Wildlife Conservation Biology and Biological Sciences.

We are hoping the old adage holds true these first few weeks of the season: if you build it, they will come…migratory songbirds, that is. The lab is open Monday through Friday, sunrise to sunset, starting April 15 and closing June 15 for the spring season. If you’d like to schedule a visit, or for more information on Manomet’s Landbird Conservation Program, contact us at info@manomet.org or (508) 224-6521.

Don’t forget to follow Manomet on Instagram and the banding lab on Twitter for the most up-to-date photos, factoids and more all season long. Also, check out our events page for details on upcoming bird walks, birding classes, and this spring’s Family Day at the Banding Lab (May 19). We look forward to seeing you!