One last interview with John Hagan

This interview was featured in the fall 2019 issue of Manomet magazine.

Manomet’s current president, John Hagan, will be stepping down from his position at the end of 2019 after serving as the organization’s leader for over a decade. Dr. David W. Ellis, a chemist by training,  will serve as Manomet’s Interim President until a successor for Hagan is named. Ellis has served in a variety of positions in higher education and with museums: Interim Executive Director of the Harvard Museum of Natural History and of the Berkshire Museum; Interim President of the Boston Children’s Museum; Senior Fellow with The Boston Foundation; President and Director of the Museum of Science; President of Lafayette College; and Vice President for Academic Affairs at the University of New Hampshire.

As we say good-bye to John, we want to thank him for his years of innovative leadership growing Manomet into much more than an environmental nonprofit. Hagan has led Manomet’s efforts in engaging with the for-profit sector to maximize impact for a more sustainable future; from working with the timber industry to manage forests for climate change to launching a program to teach college students how to help small businesses be more sustainable and save money. He has established solid relationships with members of the agriculture industry, fishermen, foresters, private landowners, NGOs, and government agencies all for the sake of creating a better, more sustainable future for everyone. (And, of course, birds.) 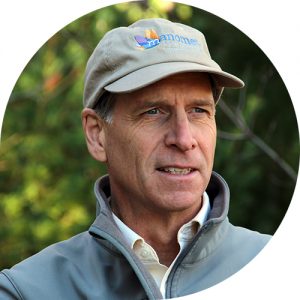 We sat down with John and got his full story, from his very first days at Manomet to his plans for life after his presidency.

How did you get your first job at Manomet?

In 1986, I was finishing up my Ph.D. on ospreys in North Carolina. I saw a job ad from “Manomet Bird Observatory” in the Ornithological Newsletter, back when newsletters still came in the mail.

Manomet was seeking a bird biologist who was good with statistics and who could also operate a DEC VAX computer. The first two you could find in one person, but the DEC VAX part really cut down on the applicant pool. I was lucky in that I met all three criteria, so I got the job.

I became the computer and statistical support service at Manomet. I got to work with Trevor Lloyd-Evans on the landbird banding data and Brian Harrington with his Red Knot data. I was happy as a pig in mud, it didn’t get any better than that for a freshly minted Ph.D.!

Turned out I loved crossing disciplines, I still do! Environmental science led me to connect dots across disciplines in my early 20’s. Plus, I cared about the natural world, so why not bring my dot-connecting obsession to bear on conservation? My interest in seeing connections has carried all the way through to today. Now I see conservation, the economy, and social equity as all related and mutually dependent.

There just isn’t any other organization I know of that would have allowed, encouraged, and supported the kind of creativity that I enjoyed connecting dots through my Manomet work. Manomet is built for people who are curious about how the world works and have a passion to explore and to take risks.

Manomet’s magic, as I call it, is its curiosity. Its curiosity to see what’s around the corners or over the ridge. To understand that if you pull on one thread a bunch of other threads will come undone. The way Manomet can see around corners is by building relationships with the people who are literally around the corner—people who have a different perspective than we do. People don’t appreciate just how special Manomet is this way. In a linear, left-brained, metrics-obsessed world, I never could quite put into words the nuance and significance of what Manomet does. There may not be words for what we do. Which is likely an indicator we’re on to something important. 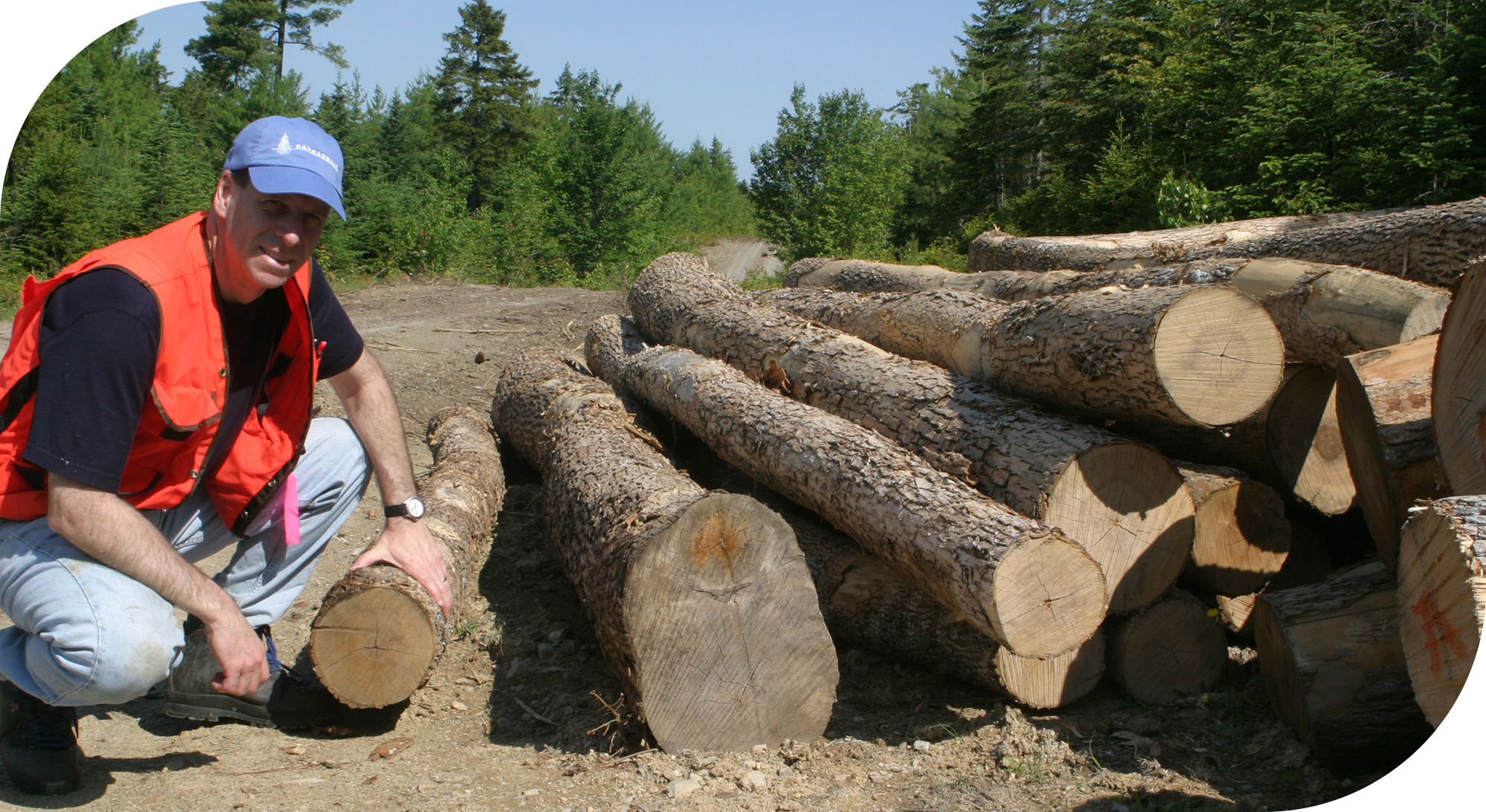 Tell us about a coworker who inspired you.

That’s easy. Linda Leddy, my predecessor as president, changed how I saw the world.

In the early 1990s, Linda had the idea that Manomet scientists needed to engage with stakeholders—people who had a stake of any sort in the things that interested us at Manomet. So, if Manomet cared about forest birds, we would need to work with, not against, the forest industry. It’s hard to explain just how revolutionary that idea was in 1991.

Linda made us come out of our scientist shells and interact with non-scientists and even non-environmentalists. She knew we could never accomplish our conservation goals if all we ever did was talk to other scientists and conservationists. Nowadays, what’s known as stakeholder engagement is clichéd. But you’d be surprised how many people still don’t know how to engage stakeholders respectfully and get something done that matters.

Linda’s vision was tailor-made for me. She basically said, “John, go connect dots. Go exploring. See if you can connect the timber economy to bird conservation.” Off I went to the North Maine Woods. That’s why our Sustainable Economies Program is now based in Maine. Manomet opened its Maine office in 1997 so that we could grow our work with the forest industry and other forest stakeholders.

Why did Manomet shift its focus from bird conservation to “sustainability” as a whole?

In the early 2000s, we came to understand that climate change could undo all the conservation gains we had made over the decades at Manomet. What good would WHSRN sites be in the year 2100 if half of them were underwater? Or, if the arctic was no longer suitable habitat for breeding shorebirds? On the other hand, if we do avert the climate apocalypse, what kind of a world would it be without shorebirds? We figured Manomet could work on both “ends” of the problem. 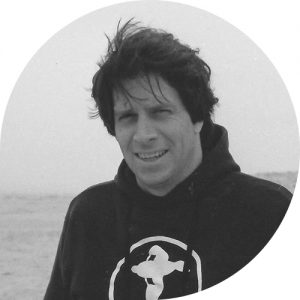 You often tell staff, “Lead with the relationship, follow with the science.” Where did that come from?

Even though I’m a scientist I learned through my work at Manomet that our (society’s) challenge is relational, not technical. Yes, we need science to understand how to solve problems, like bird population declines or climate change. But first, we have to agree on what “we” want. Lack of science isn’t stopping us from solving the big problems of our time, it’s our inability to work with each other across cultural and political and socioeconomic barriers. It’s only gotten worse in the last decade.

If we want to create some version of a world we imagine at Manomet, we’re going to have to integrate the many diverse values that make up society. That means we need to seek out people with diverse values, not avoid them. This is what Scott Page (a political scientist) calls “the diversity bonus.” There’s a scientific basis to the notion that a cognitively and socially diverse group of people solve complex problems faster and better than a group of smart, like-minded people. But working with people who see the world differently requires building a relationship based on trust. And that takes hard work.

If we want people to use science to make the world a better place, first they have to trust us. That’s what Manomet does so well. And that’s why Manomet is so important as an organization. Most people think of us for our science, but that’s not what makes us special. What makes us special is our ability to build relationships of trust with people who see the world differently, and then get something done.

What are your plans after Manomet?

Well, I’ve got at least six scientific papers I plan to write, from fisheries to forest bryophytes (lichens and mosses). I put my science career on the back burner when I became president of Manomet in 2008. It’s going back on the front burner.

But that’s the easy, fun part. I’m going exploring again. I know it seems like a stretch, but I see the growing inequality at the national and global scale as the main reason our society has “a relationship problem.” As I said, I see a lack of relationships as what’s stopping us from solving the big problems of our time.
I don’t know how I’m going to tackle this right now. It might be through a lens of climate justice or intergenerational justice. So many people are getting the short end of the climate stick, like fishermen in the Gulf of Maine. Like my daughter and granddaughter. The “haves” will be able to protect themselves from the impacts of climate change. But most people won’t. Unless we take on the climate justice issue, I don’t think we’re going to solve climate change in time. Coal miners in West Virginia and Kentucky need a voice. Once again, science is not our bottleneck. It’s how we relate to one another. I want to figure this out and then do something about it.

Yes, in one word, gratitude. I’m overwhelmed by gratitude. Gratitude to the Manomet Board over the decades. Gratitude to the staff who courageously advance Manomet’s approach to problem-solving. I was given a vast landscape of both human and natural dimensions to explore at Manomet, and the means to do it through generous supporters. People who put their trust in me.

As I bring my work at Manomet to a close this fall, the first question I ask every day is, “How am I going to put this gratitude to use?” It feels so good to start my day with this question.