Wildfire and Forests of the West Coast 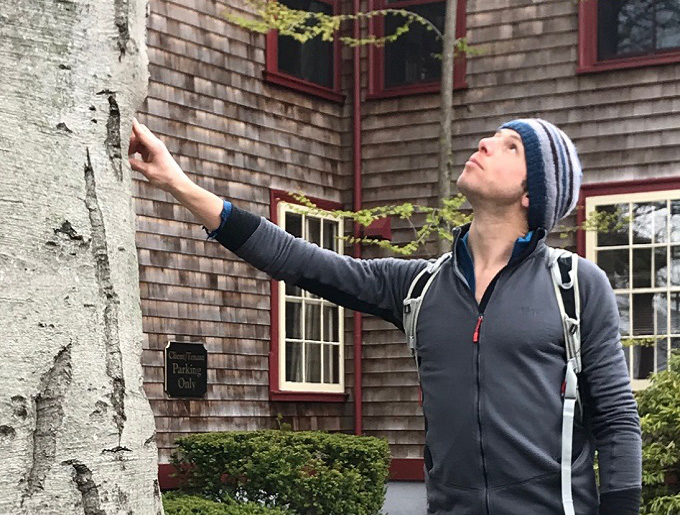 Over the past two months, wildfires in the western United States have made national and international headlines on a scale rarely seen before. In California alone, more than 1.5 million hectares (ha) have burned. Three of the top five largest fires since reliable record-keeping first started took place this August and September. In Oregon, following unusually strong easterly winds, a series of small smoldering blazes became fast-moving infernos covering more than 100,000 ha almost literally overnight.

The wildfires in California, Oregon, and Washington are drawing attention to issues ranging from forest management policy and climate change to the impacts of fire smoke on human health to how social media misinformation complicates emergency service response. In a recent webinar, Manomet staff examine some of these topics as we discuss the 2020 fire season and consider options for managing or adapting to a future that will almost certainly involve more damage and disruption from wildfire.

One topic that has been startlingly absent from much of the commentary on the 2020 wildfires is the fundamental role of wildfire in the ecology of many Western forests. Perhaps this is unsurprising; we are all eager for statistics, causes, and implications of wildfires for human populations. However, failing to recognize the role of fire as an ecological process hinders our ability to grasp both the complex causes of major wildfire seasons and the potential options for managing the threat of wildfires.

The ecological role of fire in forests is varied and complex, but we can briefly break it down by talking about the direct effects on vegetation and indirect effects on the environment. Direct effects of fire on vegetation include triggering seed release from the cones of conifers such as lodgepole pine (Pinus contorta var. latifolia) and knobcone pine (Pinus attenuata); in these species, the fire’s heat vaporizes the resin that binds seeds in place within their cones, resulting in their explosive release. Without fire, these species are unable to complete their life cycle.

Indirect effects are equally important. As an example, mixed- and high-severity fire is needed to create openings in a closed-canopy forest—or completely remove that canopy—thereby allowing sufficient light penetration to support the growth of seedlings of species with relatively low shade tolerance. Douglas-fir (Pseudotsuga menziesii)—the state tree of Oregon and a keystone species in many of the forests in Northern California and Western Oregon that have burned so spectacularly this summer—is an example of a species that will not reliably regenerate without large openings in the canopy. Without fire to disturb conditions, Douglas-fir would not perpetuate in a closed-canopy setting. That it is such a dominant component of older forests throughout the Western Pacific Northwest, including Northern California, owes much to its longevity, and not to any ability to germinate and thrive in the low light of the forest floor.

To ecologists and foresters, fire is one of many types of ‘natural disturbance.’ In an ecological context, a disturbance is an event that triggers the rapid reorganization of the structure and/or function of a system. Other disturbances include wind—a particularly important process in New England’s forests—and hurricanes—extremely important in Central America’s tropical forests. The ecology of any forest is closely tied to its particular natural disturbance regime. Here ‘regime’ refers to the typical features of the disturbance processes, including the disturbance type, the frequency with which the disturbance occurs, the severity of the disturbance (the proportion and type of vegetation killed), and the affected area’s size. Scientists once associated the iconic, moist Douglas-fir forests of the western Pacific Northwest with an infrequent, high-severity fire regime. These high-severity fires are often called stand-replacing disturbances, as the proportion of tree mortality is so high that the growing environment for new vegetation is comparable with that during the initiation of a new forest on open ground. We now know that more frequent, mixed-severity disturbances—those in which the level of tree mortality in the forest canopy is patchy, creating some large openings, some small, and leaving some pockets of forest untouched—play just as important a role in many moist Douglas-fir forests.

All of our Oregon lands remain closed due to the…

As a general rule, in hotter, drier environments, the forest fire regime is characterized by high frequency, low severity burns. This makes sense because conditions for fire propagation are much better in hot, dry environments. And, because fires are so frequent, there is often insufficient readily combustible fuel (vegetation on the forest floor) for the fires to become all that destructive for overstory trees. Retaining our focus on Western forests, many of the old-growth ponderosa pine (Pinus ponderosa) parklands that once dominated the Western Pacific Northwest and parts of Montana and Idaho originally had a low-severity, frequent-fire regime. Frequent fires consumed understory vegetation to maintain the open-structure and helped mature trees develop physiological adaptations to better withstand future fires.

With this knowledge of the importance of fire to Western forest ecology, now we can ask, what is the influence of climate change and forest management policy on forest fire ecology? Climate change affects the environmental conditions that influence fire ignition and propagation. In contrast, forest management policy can promote or constrain fire activity, which alters the amount and type of fuels available to burn.

Climate change and forest management policy can, therefore, alter what is ultimately a natural and necessary ecological process; fire. As we have seen so graphically over recent months, wildfire and changes in wildfire behavior can have major implications for human settlements. Communities in the rural interface with forests—often referred to as the wildland urban interface (or WUI)—are directly affected by forest fires, resulting in deaths, destruction of property and livelihoods, and disruption to key infrastructure. Outside the WUI, the wildfires of 2020 have been noteworthy for the sprawling smoke plumes that have created hazardously low air quality in major cities along the West Coast, particularly Portland, Oregon. Now more than ever, these detrimental impacts are beginning to prompt serious conversations about land use planning and better preparing society for future fire.

Combining the human dimensions of wildfire with the ecological, climate, and management dimensions rapidly creates a complex picture. Despite this complexity, there are options for mitigating future fire risks that recognize the essential ecological role of fire.