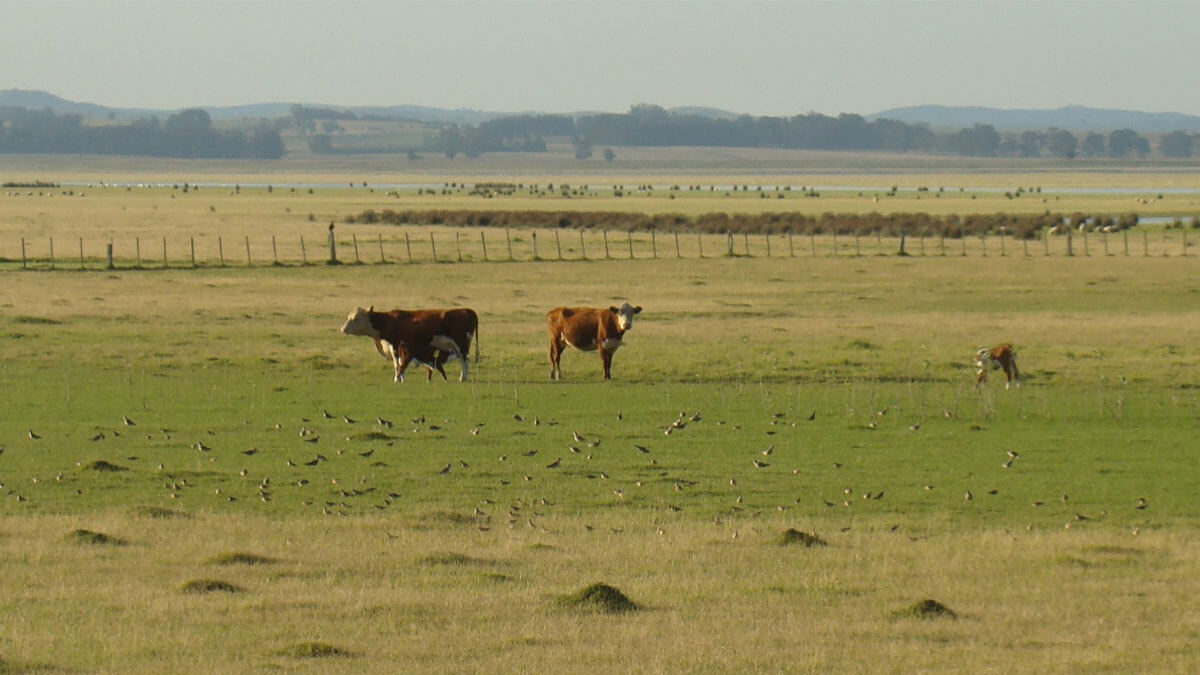 Grasslands represent approximately 50 percent of the Earth’s surface and provide fundamental ecosystem services for the maintenance of life on the planet. It is estimated that some 500 million people depend directly on grasslands for agriculture and their way of life. The United Nations General Assembly agrees: on March 15, 2022, in recognition of the importance that grasslands have for humanity and wildlife, and the increasing threats facing grasslands, it declared that 2026 will be the International Year of Rangelands and Pastoralists.

Shorebirds and many other species also depend on these habitats for survival. Recent studies on ranchlands within the system of coastal lagoons in eastern Uruguay have confirmed the importance of these grassland ecosystems, and the need for specific management protocols to guarantee improved livestock production as well as the availability of habitat for shorebirds that rest and forage upon grasslands.

Several species of shorebirds use grasslands located on (mostly privately-owned) lands dedicated to livestock production along their migration route and in their non-breeding areas. Grasslands dedicated to cattle-ranching are widely used by many species of shorebirds including Buff-breasted Sandpiper (Calidris subruficollis), American Golden-Plover (Pluvialis dominica), Upland Sandpiper (Bartramia longicauda), and Pectoral Sandpiper (C. melanotos), amongst others.

Habitat management strategies that prioritize both conservation and production are key for ensuring grasslands provide the resources and conditions that many shorebirds depend on throughout their life cycle. Between September 2021 and March 2022, livestock management techniques were evaluated in the area around Uruguay’s Laguna de Castillos…