The Impact of Women at Manomet - Manomet
newsletters

The Impact of Women at Manomet

It took the hard work of three dedicated women—Kathleen “Betty” Anderson, Ruth Ernst, and Rosalie Fiske—to give us the Manomet we know today.

In the fall of 1966, at the property that would eventually become Manomet, a crew of volunteer birders began banding birds as part of a project to study migration along the East Coast. Based on their visits to other bird observatories, Anderson, Fiske and her husband John approached Ruth Ernst, the property owner at the time, to bequeath her house and land to establish their own environmental research non-profit. Anderson was asked to be the first director and in August 1969, the Manomet Bird Observatory was created, seven months before the first Earth Day and three years before Title IX, the 1972 law that protects women from sex discrimination in education.  Thus began Manomet’s 50-year history as a place where women not only have a seat at the table, but shape the course of the organization.

Anderson, who passed away in August 2018, set Manomet up to be a leader in science, as well as a leader in inclusive workplaces. “She was well-regarded as one of the better-informed natural historians, and for her ability to attract talented people to Manomet and foster a lifelong interest in natural science” said Brian Harrington, who came to work for Betty as a budding shorebird biologist in 1972.

Since Manomet’s beginnings, its science programs have branched out far beyond the Plymouth-based banding operation. With shorebird recovery and habitat management, forestry and climate science, fisheries, and more, Manomet has its foundation in science, but seeks diverse viewpoints from its many partners to work towards solving the problems we’re facing today. 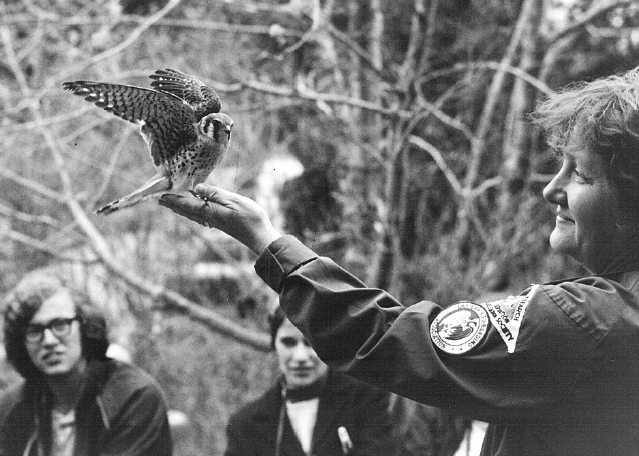 When putting science to use toward creating a more sustainable world, nothing is quite as powerful as building meaningful, trusting relationships with those who will make the most impact and the women at Manomet excel at this. “I feel that working with diverse stakeholders is absolutely the way to go. But it takes more work and time and requires compromise,” says Laura Chamberlin, Assistant Director of North America for the Western Hemisphere Shorebird Reserve Network. “Sometimes that’s hard. Yet, it’s what we need to do.”

According to Chamberlin (and Manomet), this is the way we move forward. “I believe that once it comes right down to it, we have to work with people because we cannot fight each other. We have to work together because we all have needs in this space.”

Internally, 19 out of 35 staff members are women, with two highly-accomplished women—Nancy Dempze of Hemenway & Barnes (Chair and our second female chair of the Board—see our interview with her on page X) and Nancy Stager of Eastern Bank (Vice Chair)—leading our Board of Trustees. Of Manomet’s program staff, 11 out of 22 are female—a gender ratio not commonly seen in the scientific community.

According to a 2017 U.S. Department of Commerce report, women made up nearly half of all U.S. jobs, but held only 24 percent of STEM (Science, Technology, Engineering, and Math) jobs in 2015. To some of Manomet’s scientists, it seems like more women are entering their fields. As Jennifer Hushaw Shakun, Manomet’s Applied Forest Scientist, noted, “Forestry on the whole is pretty male dominated, and I often find myself being one of only a few women in the room. But lately I’ve found myself in meetings where it was all women. I think there may also be a generational difference—I see many more young women coming up the ranks than I do young men in a lot of cases.”

At times, being a woman in a male-dominated industry offers plusses and minuses. Marissa McMahan, Manomet’s Senior Fisheries Scientist, has had her share of both during her career.

“Particularly as a fishery scientist, I think there are times when being a woman is really helpful,” she says, “because when dealing with fishermen, they seem to see women as less threatening, and so it actually seems to be easier to get your foot in the door and work with a lot of people in the fishing industry. On the other hand, there have been times when I’ve been taken less seriously than a man in my role would have been. But, I’ve been lucky and have had a fairly good experience.”

Despite some of these challenges, she notes similar trends as Shakun with the rise of women in her industry. “I’m encouraged,” McMahan says. “I think every year there are more and more women who are getting into STEM-related fields. My personal experience has been great, so I wouldn’t hesitate to encourage young women to get into these fields, too.”

Regardless of gender, the key to moving the needle on difficult issues starts with mutual understanding, compassion, and wisdom. Building trust with all types of people from all backgrounds is something Shakun encounters on a regular basis.

“Pretty much everyone recognizes that climate change is a contentious topic that’s completely entangled in all kinds of other things, like politics and identity, and you never know what kind of a hornet’s nest you’re potentially kicking by bringing it up,” she says. “It’s all about acknowledging conflicting viewpoints in a non-confrontational way and being respectful. It’s okay for people to challenge and push back and argue; in fact, we should do that. And if I don’t have all the answers, that’s okay to admit.”

McMahan encounters similar situations in her public outreach and education work in fisheries. “I grew up in a fishing community and I knew that there were issues between science and scientists and fishermen. It was always really important to me to do something with my career that influenced or advanced that relationship, so that one side can understand the other and that we can all communicate better and work together.”

Manomet celebrates its 50th anniversary this year, and we will be recognizing all the women (and men) who have contributed to our Manomet story. And we are looking forward to working with the next generation of scientists and leaders that will help us build a more sustainable world. 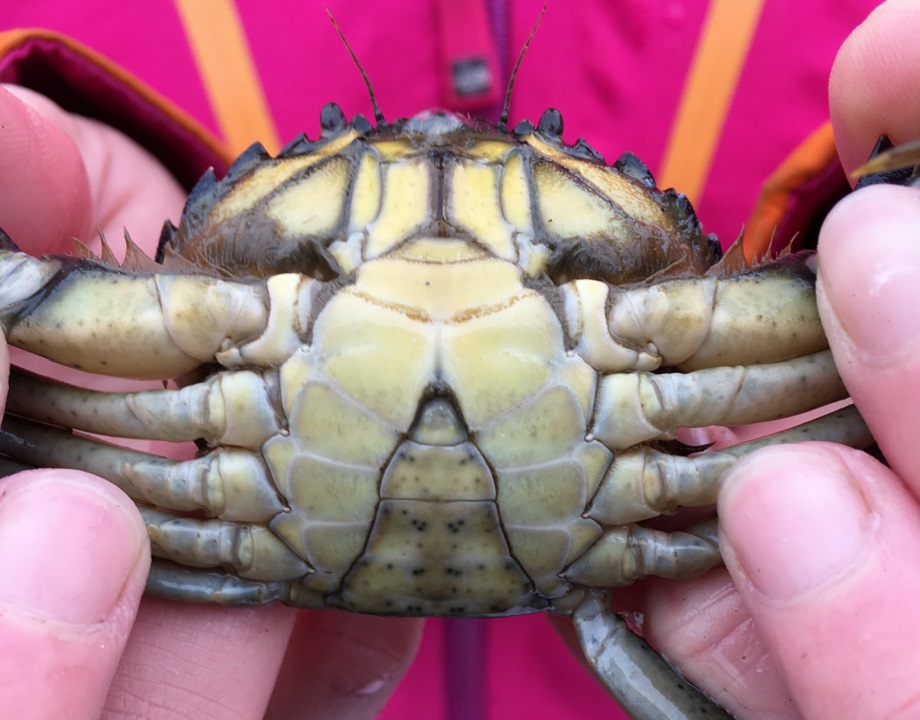 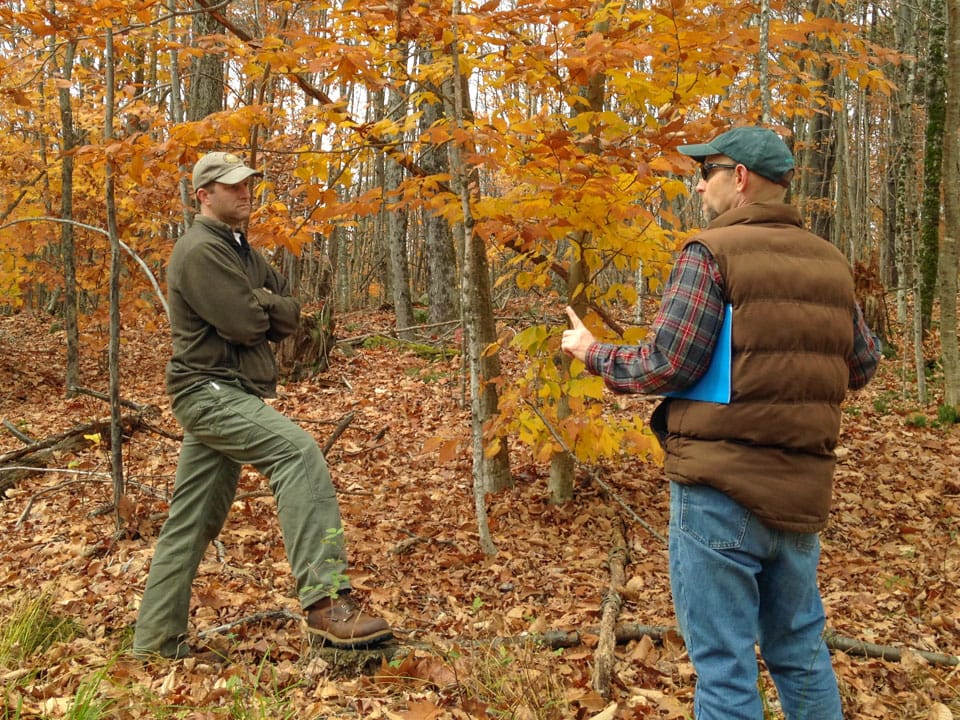 Join us to create a more sustainable tomorrow

As we look ahead to 2019—which will be Manomet’s 50th year—there is so much more we want and need to do to continue to build relationships, grow our network of partners, and use science to make our world a measurably better place.