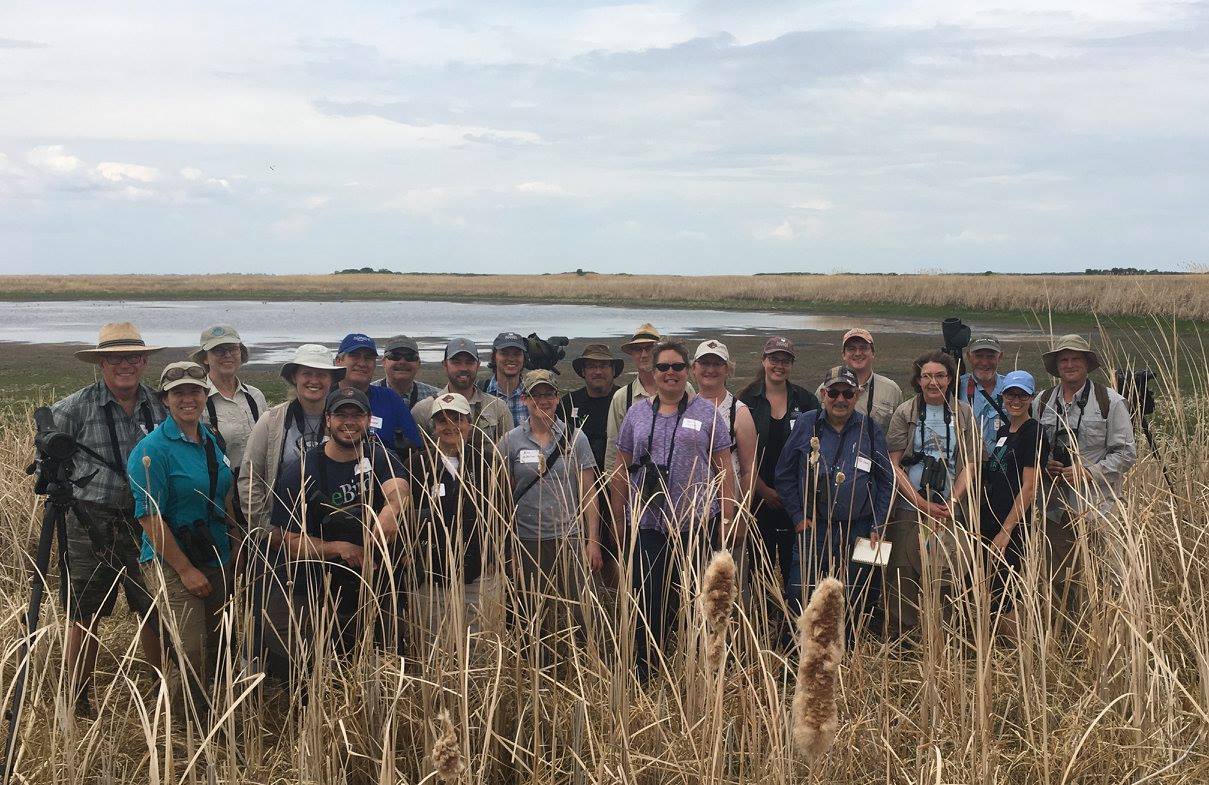 From January 4th-6th, 2018, Manomet’s Habitat Management Division partnered with the University of Santo Tomas, the Centro Bahía Lomas, and the Western Hemisphere Shorebird Reserve Network (WHSRN) to host the first Shorebird Ecology, Conservation, and Habitat Management Workshop of 2018 – in Santiago, Chile. This workshop follows several recent Manomet workshops in South America, including Lagoa do Peixe and Banco dos Cajuais in Brazil in 2016 and Bahía Samborombón and Bahía Blanca in Argentina in 2017. The Santiago workshop was held at the University of Santo Tomas with a field trip to the wetlands at the mouth of the Maipo River, part of the WHSRN site Desembocadura y Estuario del Río Maipo.

The 23 workshop participants represented multiple organizations, including the Chilean Ministry of the Environment, the Agriculture and Livestock Service, and the National Fish and Aquaculture Service, as well as non-profit partners such as the Chilean Ornithologists’ Union and the Chilean Network of Bird and Wildlife Observers – the group that led the recent publication of the Atlas to the Shorebirds of Chile.

During the workshop, the group discussed barriers to shorebird conservation across Chile, and divided into three groups to brainstorm strategies and action plans to address three pressing threats: loose dogs, vehicle traffic on beaches, and pollution and contamination (including trash, unregulated industrial and domestic waste, and oil spills). The field trip to the Maipo River beach and estuary provided ample opportunities to practice flock estimation and species identification, with groups of Sanderling, Black-necked Stilt, American Oystercatcher, Whimbrel, Ruddy Turnstone, Collared Plover, and more! The site provided a perfect example of the challenges that come with protecting urban wetlands, but also showcased how significant this habitat can be to shorebirds.