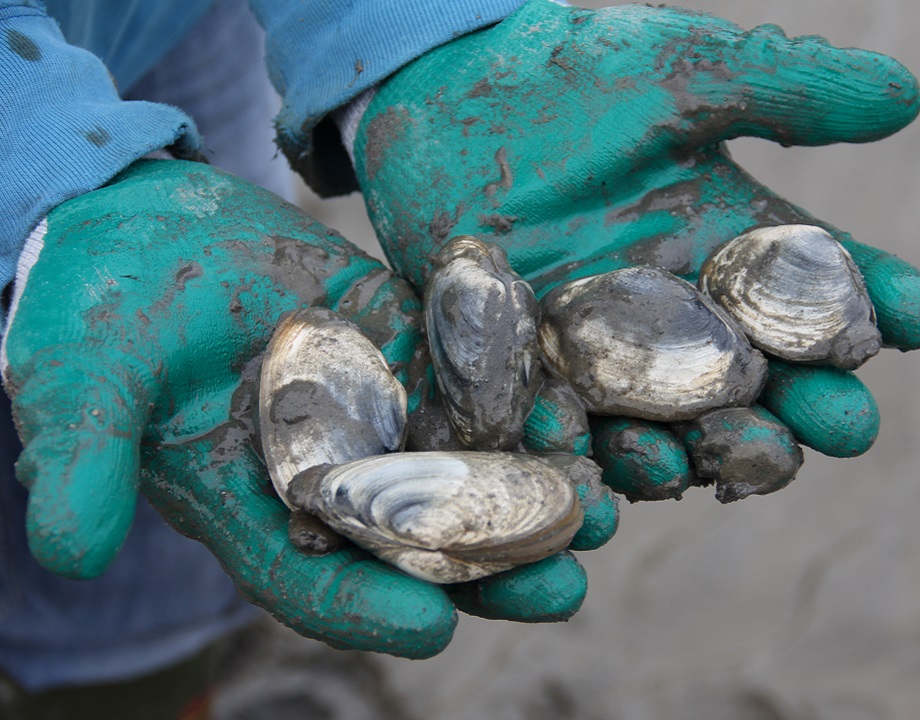 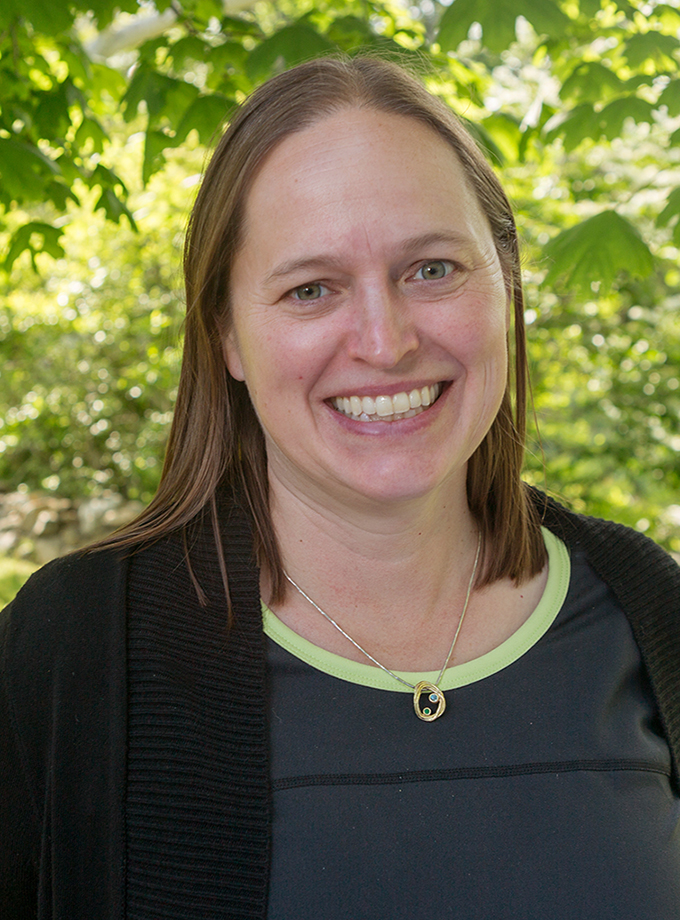 This article was published by the Island Institute on September 29, 2015. See the article here.

Maine’s $18 million (in 2013) softshell clam (Mya arenaria) industry is the state’s third most valuable fishery, after lobster and elvers (glass eels). Softshell clam harvesting has been a mainstay of coastal communities for centuries, but with the warming waters in the Gulf of Maine in recent years, the invasive European green crab (Carcinus maenas) is decimating clam populations in many towns. Green crabs prey on young softshell clams and appear to prefer younger cohorts which live nearer the surface of the mudflats. Once the deeper, older cohorts are harvested there are no juveniles to replace them and the productive flats become “dead.”

The green crab was introduced in Boston in the early 1800s as “stow-aways” in ship ballast. Since then, the species has expanded both northward and southward. Northward, its range seems to be constrained by ocean temperature. However, the ocean is warming and green crab populations are now growing in response. In recent years, the Gulf of Maine has been warming faster than 99 percent of the world’s oceans.

Chris Warner, a professional shellfish harvester in Georgetown, has been working with Dr. Brian Beal of the Downeast Institute and Dr. John Hagan of Manomet to pioneer technology that appears to beat the green crab. The technique is quite simple: seed unproductive flats with hatchery-raised “seed clams,” and then protect the seeded flats with netting that keeps the green crabs out. Warner has tested this technique for over a decade, placing seed clams and nets in areas that are subproductive. He has never seen it fail.

In 2014, Warner, Hagan, Beal and a Georgetown landowner, Jay Holt, installed the state’s only experimental, commercial-scaled softshell clam farm in Georgetown, the peninsula town south of Woolwich. The NOAA grant will allow at least five towns along the Maine coast to install clam farms like the one in Georgetown. The grant will pay for the seed clams and the netting.

Hagan, Manomet’s president and principal investigator on the project, has assembled a team of experts, including Warner, an experienced harvester, and Beal, Maine’s foremost softshell clam scientist and founder of the Downeast Institute, as scientific advisor. Anne Hayden, a fisheries policy expert with Manomet, will identify intertidal governance models that towns might use to allow clam farms. Ruth Indrick of Kennebec Estuary Land Trust will develop and implement a curriculum that gets students (grades 4-6) out on the flats to conduct experiments and learn about Maine’s fisheries heritage. Dana Morse, extension specialist with the Maine Sea Grant College Program and the University of Maine Cooperative Extension, will help design and implement the outreach program to towns.

“We’re a group of dedicated individuals trying to figure out how to cope with a warming ocean and a changing marine ecosystem,” Hagan explained. We have to get ahead of this. The ocean is going to change, whether we do or not.”

Chris Warner sums up the project this way: “I’m determined to see that this fishery is an option for my children and grandchildren. Shame on us if we deny the next generation an opportunity to fish.”

Manomet believes that people can live and work today in ways that will enable our world to thrive and prosper tomorrow. By applying science and engaging people, Manomet provides practical ways to act—where people live and work. A nonprofit grounded in science, Manomet champions better practices in conservation, business sustainability, and science education in the U.S. and internationally.