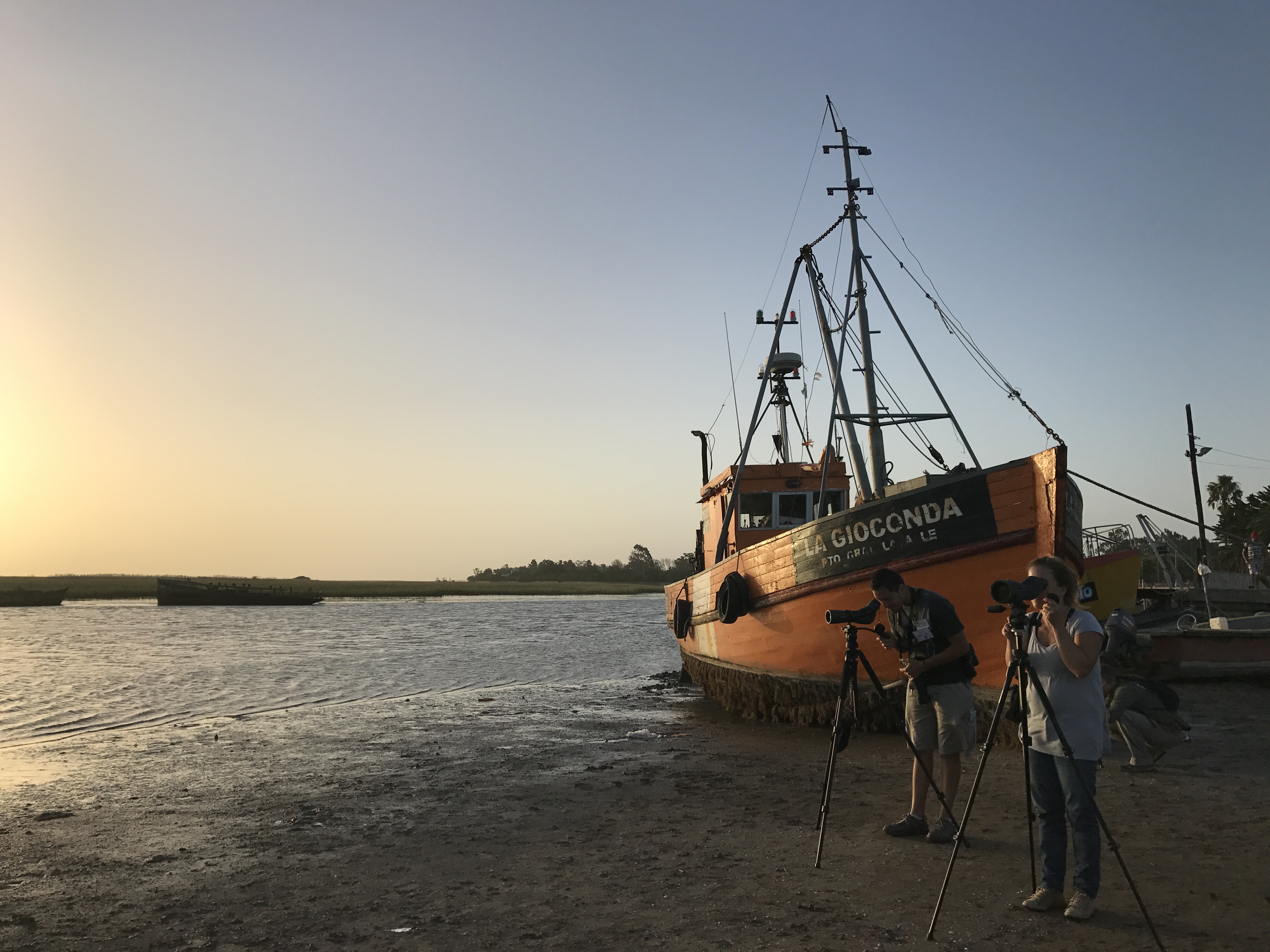 I love science.  Despite my administrative responsibilities, I still make sure I keep science as a part of my weekly, if not daily, activity.  From my vantage point as president, I also get to see our staff use research and data to tackle many big, complicated, long-term problems.  But to be clear, it’s not Manomet’s solid science that has made us successful over the years.

Manomet’s approach to complex problems—whether shorebird conservation or fisheries restoration or climate change—is to build relationships of trust with people in a position to put science to use.  I want to share with you what I experienced during my recent trip to a workshop with our Habitats for Shorebirds staff in Bahía Blanca, Argentina, that illustrates how Manomet’s approach works. This workshop brought together port and shipping executives, artists, tourism experts, as well as biologists.

As the largest shipping port in Argentina, Bahía Blanca is vital for economic development.  Oil from the foothills of the Andes far to the west goes out of Bahía Blanca on the Atlantic coast.  So does wheat, barley, corn, and soy from the Pampas and Patagonia.  But the port also has conflicted with shorebird conservation. The shipping channels must be dredged periodically, and the dredge material has to go somewhere.  Often it’s deposited on nearby mud flats, which are important for shorebird feeding and roosting. Over the years there has been a lot of conflict between various interests and the port.

Recently, however, opportunities for shorebird conservation in Bahía Blanca have improved.  Part of the reason is because Bahía Blanca was designated as a Western Hemisphere Shorebird Reserve Network Site in 2016.  It’s a huge estuarine wetland complex, some 50 miles long and 25 miles wide. The port now sees both the local and the international conservation importance of Bahia Blanca.  Another reason for the improvement is the personal relationships that result from Manomet workshops that bring together people with diverse interests.  The relationships that result from spending three days together lead to trust.  And trust leads to getting things done that couldn’t have been done otherwise.

Once people forge a relationship with each other, they become open to new information and new ideas—to seeing the world differently.  Because of quality relationships, not data alone, the port now appreciates the international significance of Bahía Blanca to shorebirds.  And, because of these same relationships, biologists and conservationists, including me, now better appreciate the role of the port in the economic well-being of the city and the country of Argentina.

It may seem paradoxical that a science-based organization such as Manomet would recognize human relationships as the essential ingredient to putting science to use.  I’m a scientist, but we tend to spend too much time on facts, figures, and logic, and not enough on building relationships that create trust.  Lead with the relationship, follow with the science.  I see relationship-building as core to Manomet’s programs.  It’s the common thread.  It’s the magic of Manomet.

There is hope for a sustainable world because we see it every day in the people we work with. If we want science to matter, our relationships with each other will have to matter.