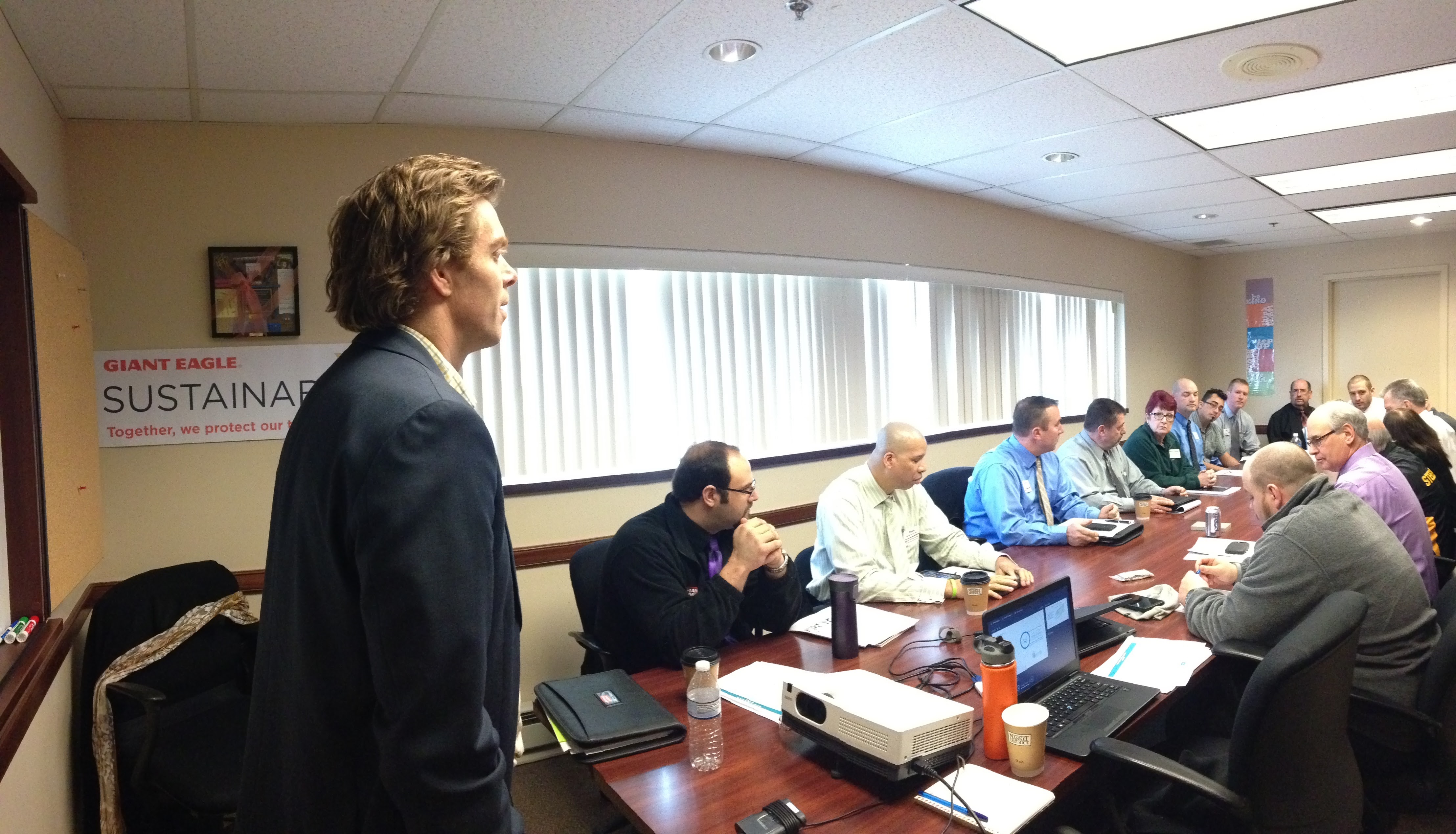 In an effort to improve Team Member engagement in the management of store-level sustainable practices, Giant Eagle has been working toward chain-wide Grocery Stewardship Certification since 2015. Throughout this time, each supermarket location has identified a designated sustainability coach and completed the workbook-based program designed to foster continuous improvement and increase accountability.

“Giant Eagle has long been dedicated to conserving natural resources through the implementation of environmentally-minded business practices and specialized training methods,” said Dan Donovan, Giant Eagle Spokesperson. “The Grocery Stewardship Certification has provided us a unique opportunity to further engage our Team Members in the company-wide investment in sustainability.”

As a result of its focus on sustainability, Manomet estimates that Giant Eagle annually saves:

Giant Eagle’s commitment to sustainability extends into all parts of its operations. In recent years, Giant Eagle has been recognized by the EPA’s GreenChill, ENERGY STAR and the Green Power Partnership programs and has received the 2014 Clean Fuels of Ohio Certificated Three-Star Green Fleets Award and Certificate of Commendation from the Ohio Senator for environmentally friendly contributions. Giant Eagle was also recognized as ‘Retailer of the Year’ in 2016 by Progressive Grocer.

“Giant Eagle has set a strong example for other food retailers with their work on sustainability,” said Peter Cooke, program manager for the GSC. “They are the first chain to successfully certify all of their participating investment they have put into the GSC and other sustainability initiatives will help them operate more efficiently, save money and resources and ensure a better future for their employees, customers, and communities.  We are proud to have them in our program and look forward to working with them on their sustainability initiatives in coming years.”

Since launching in 2012, the GSC has worked with more than a dozen retailers in the United States and Canada. The GSC works with grocers to engage employees on operational sustainability strategies and to review store-level practices and equipment with an eye to increasing energy efficiency, boosting revenue and lowering costs. While there are a number of programs that focus on high-performance buildings, Manomet’s GSC program is the only certification program to expand into employee practices and procedures to engage all stores within a chain.

Giant Eagle, Inc., ranked among the top 40 largest private companies according to Forbes magazine, is one of the nation’s largest multi-format food, fuel and pharmacy retailers with approximately $9.3 billion in annual sales. Founded in 1931, the company operates more than 410 stores throughout western Pennsylvania, Ohio, northern West Virginia, Maryland, and Indiana. For more information, visit www.gianteagle.com.

Launched in 2012, Manomet’s GSC program is the nation’s first and only grocery sustainability certification program. Manomet is a sustainability non-profit whose mission is applying science and engaging people to sustain our world. The purpose of the GSC is to substantially reduce the environmental impacts (waste, water use, energy use, and greenhouse gas emissions) of grocery stores, consumers, and entire supply chains. For more information, visit www.grocerycert.org.