Countdown to the 100th WHSRN Site 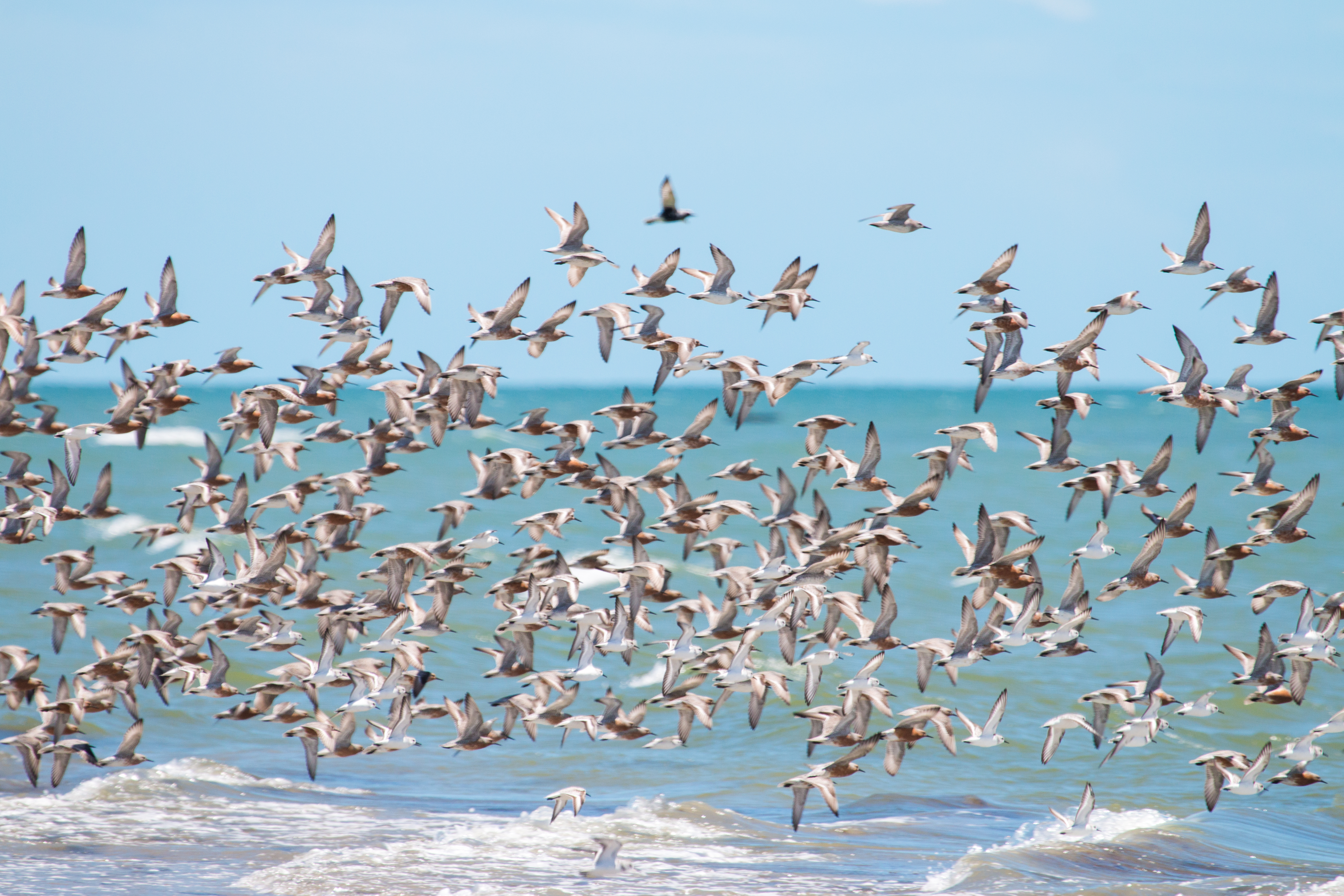 September 6 was World Shorebirds Day—a global celebration of shorebirds and the efforts to conserve them around the world. To mark the occasion, the Western Hemisphere Shorebird Reserve Network (WHSRN) Executive Office announced the designation of two new WHSRN sites: Banco dos Cajuais in Ceará State, Brazil, and Bahía de Todos Santos in Baja California State, Mexico. These sites become the 98th  and 99th  WHSRN sites, respectively, and together add 75,445 hectares (186,428 acres) to the network.

With the addition of these two sites, WHSRN now covers a total of nearly 36.8 million acres (14.9 million hectares) of shorebird habitats in 15 countries, and is now just one site away from 100! With several nominations “in the pipeline,” the 100th site will be designated this year, just weeks after the 30th anniversary of the second site joining the network—the New Brunswick part of the Bay of Fundy, Canada.

Banco dos Cajuais is a coastal wetland site comprising 181,259 acres (73,353 hectares) on the northeastern coast of Brazil. It includes extensive tidal mudflats, coastal scrub, mangroves and a mosaic of salt-flat mixed with ponds for salt extraction and shrimp farming. Counts of over 2000 of the rufa subspecies of Red Knot (Calidris canutus) mean that the site qualifies at the “Regional” importance level (learn more about the different WHSRN site levels). It also holds significant numbers of Short-billed Dowitcher Limnodromus griseus griseus, representing at least 1% of the subspecies’ population. Both populations are considered Critically Endangered in Brazil, and rufa Red Knot is listed as threatened under the US Endangered Species Act.

Bahía de Todos Santos is a large marine bay in extreme northwestern Baja California State, close to the city of Ensenada, Mexico. The WHSRN designation covers 5,169 acres (2,092 ha) of the most important shorebird habitats, centered on the Estero Punta Banda, and including intertidal mudflats and estuaries, sandy and rocky beaches, sand dunes and salt marshes. The site was designated at the “Regional” level due to holding over 4% of the Pacific population of the nominate subspecies of Snowy Plover Charadrius nivosus, which is considered threatened in both Mexico and the USA. Bahía de Todos Santos also regularly holds important numbers of the roselaari subspecies of Red Knot (an endangered species in Mexico), the inornatus subspecies of Willet Tringa semipalmata, and Marbled Godwit Limosa fedoa.

The nomination of both sites was only possible thanks to the commitment of local partners. For Banco dos Cajuais, the non-governmental organization (NGO) AQUASIS collaborated with the Secretary of Development and Environment for the Municipality of Icapuí. For the Bahía de Todos Santos, the NGO Terra Peninsular A.C. led the nomination in collaboration with the Secretariat for Environmental Protection of Baja California State, the National Commission of Protected Natural Areas, and the Municipality of Ensenada Municipality.

At both sites, Manomet’s Shorebird Recovery Program also played a key role in the nomination process. A Manomet Shorebird Habitat Management workshop at Banco dos Cajuais in March 2016, and a Site Assessment workshop at Bahía de Todos Santos in April 2016, helped build support for the WHSRN nominations among local stakeholders, and increased understanding of the challenges for shorebird conservation at each site. The WHSRN nomination at the Bahía de Todos Santos was also part of a larger project under the Arctic Migratory Birds Initiative (AMBI), led by the Commission for Environmental Cooperation which sought to engage local communities at key non-breeding sites in the conservation of Arctic-nesting shorebirds.

Please join Manomet in congratulating Banco dos Cajuais and Bahía de Todos Santos on becoming WHSRN sites, and thanking the authorities and landowners at each site for their commitment to shorebird conservation.