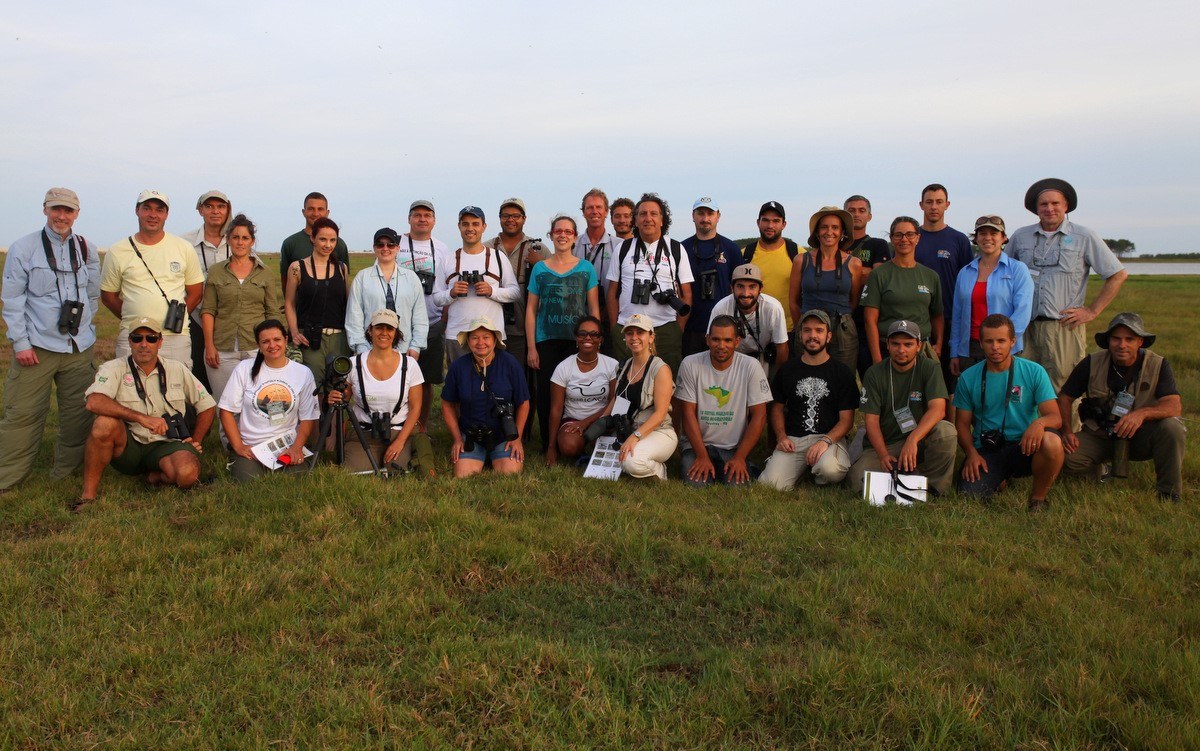 During late February and March 2016, Manomet’s Habitats for Shorebirds Project collaborated with SAVE Brasil to host two Shorebird Habitat Management workshops in Brazil. The Western Hemisphere Shorebird Reserve Network’s Executive Office played a leading role in the first workshop in the southern state of Rio Grande do Sul.  The field component of this workshop was in the Lagoa do Peixe National Park, a site of international importance in WHSRN. The site was nominated in 1990 for supporting significant numbers of wintering Hudsonian godwit (Limosa haemastica) and red knot (Calidris canutus rufa). The park is also an important wintering area for buff-breasted sandpipers (Calidris subruficollis) where they rely on the short-grass habitat provided by rotational grazing.

The second workshop was held in the state of Ceará, along the north coast of Brazil with field visits to Banco dos Cajuais, a site currently nominated for inclusion in the WHSRN for its support of short-billed dowitcher (Limnodromus griseus) and red knot (Calidris canutus rufa).  This region includes habitats provided along beaches and in working landscapes including both shrimp aquaculture and salt evaporation ponds.

Six South American countries were represented by more than 50 people attending these workshops. We worked to foster facilitative discussions about the challenges and opportunities to managing habitat to benefit shorebirds during out workshops.  Most participants are experts in their field, or region, and added significantly to the depth of conversations throughout the workshops.

Between the two workshops, we made a brief stop to the capital city of Brasilia to meet with the Ministry of the Environment and discuss the important role of Brazil in shorebird conservation in the Western Hemisphere.

To read more about this trip to Brazil, check out these blog posts on the Shorebird Science Blog: