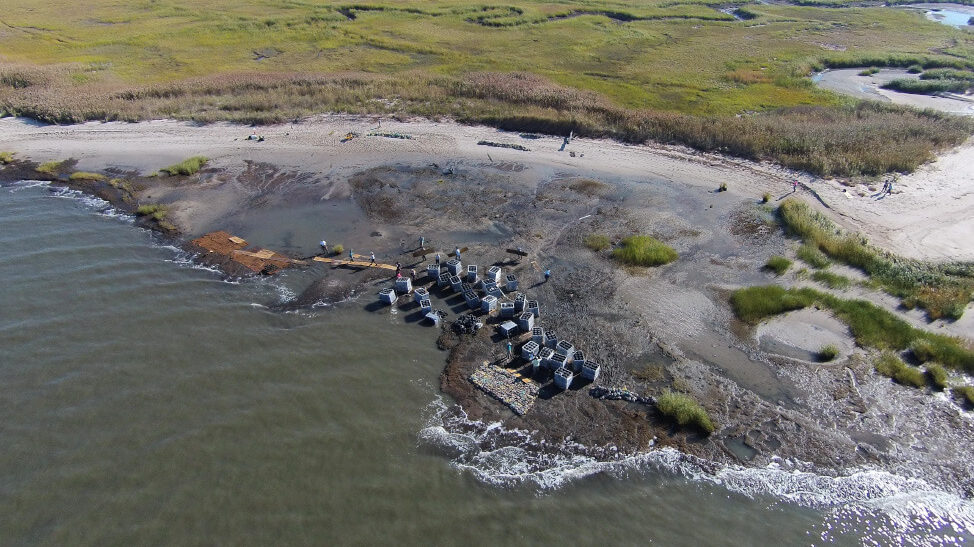 Rather than armoring our coastlines, we should help people and shorebirds alike by turning to living shorelines to strengthen resilience to sea level rise and extreme weather events

Setting his throne on the seashore, Canute the Great commanded the incoming tide to halt. He knew it would not. The 11th-century King of England, Denmark and Norway – whose name is today carried by Red Knot (Calidris canutus) – was illustrating the limits of human power when faced with the mighty elements. Let all men see, he reportedly beseeched, how empty and worthless is the power of kings. A millennium later, as people and wildlife living along coastlines are swamped by rising seas and battered by intense storms, Canute’s words ring ever truer. Hearteningly, however, there are signs that we are finally understanding that working with nature, rather than against it, can strengthen coastal resilience.

This century, according to the United States’s National Oceanic and Atmospheric Administration (NOAA), tidal flooding has surged by an average 233% across the United States (US). Worse will come: NOAA envisages sea levels rising as much over the next 20 years as during the past 60. Because coastlines are so important for human communities, their heightening susceptibility to flooding, erosion and sedimentation levies eye-watering costs. Since 1980, NOAA calculates that the overall cost and damage of 308 US weather and climate disasters have exceeded $2.3 trillion. During the 1980s, there were three events on average per year, costing $19 billion. From 2016–2020, those annual averages leapt to 16 disasters costing $128 billion. This raising cost of climate disasters has driven US states and cities to invest billions in coastal protection plans.

Read the full story at whsrn.org / Go back to all news