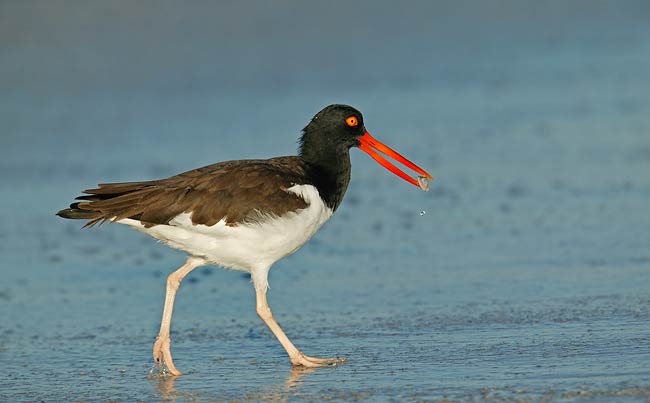 Five years after conservation groups launched a large-scale, coordinated effort to recover the imperiled American Oystercatcher, the species’ population has stabilized and begun to increase, according to an aerial survey conducted in 2013.

Ten years ago, the charismatic, orange-billed shorebird was threatened by habitat loss and human encroachment. A comprehensive survey that year showed about 10,900 total birds and a declining population. The numbers kept dropping until 2009, when a coalition of 35 groups from Canada to Texas mobilized to protect the species. A survey completed in 2013 found about 11,200 birds.

“This kind of conservation success is extraordinary, especially in the shorebird world,” said Shiloh Schulte, a scientist at the Manomet Center and coordinator of the American Oystercatcher Working Group. “This was a targeted and coordinated approach to conservation involving 35 organizations, federal, state and private. We were hoping to see some signs of recovery with this survey, but the results show the population has already exceeded the 2003 mark.”

The aerial survey covered more than 9,000 miles of barrier islands and salt marshes from Long Island to the Mexico border and the results were officially announced last month at the annual American Oystercatcher Working Group meeting in Wrightsville Beach, North Carolina.

“At a time when populations of most species of shorebirds are declining, the success of the American Oystercatcher recovery initiative gives hope that shorebird populations can be recovered,” said Walker Golder, deputy state director of Audubon North Carolina.