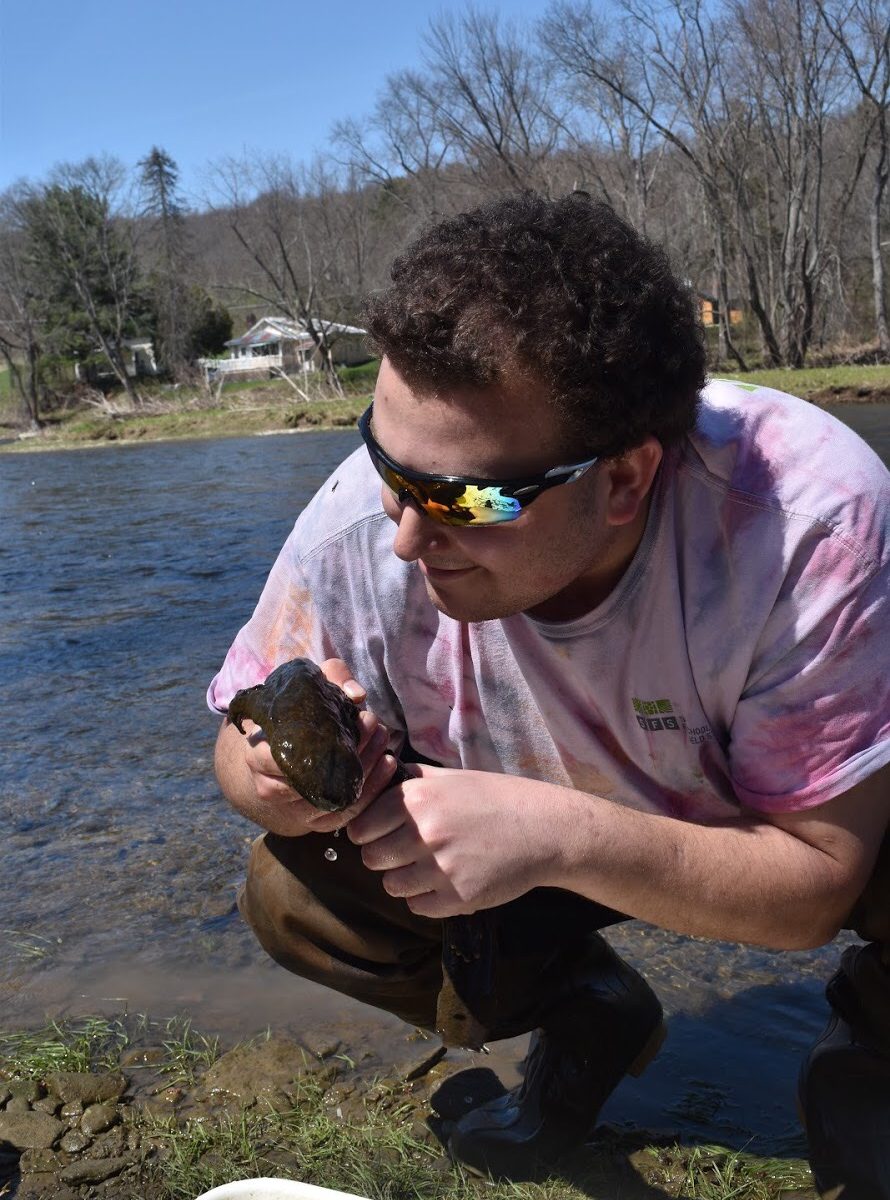 Jeremy was drawn to Manomet through recommendations from colleagues who knew of its historic banding program. As an avid birder, he was also intrigued by the diverse habitat situated at Manomet’s coastal headquarters. The proximity to the bay means provides great opportunities for ducks and shorebirds, and as he’s found out since arriving, the confluence of ocean, forest, grassland, and wetland habitats provides a terrific diversity of avifauna for banding and bird watching.

Jeremy loves getting his feet wet and hands dirty and will always love to be out in the field, irrespective of what his future career has in store. However, he is also considering pursuing environmental law. Though his background is mostly in the applied sciences, Jeremy knows that there is incredible value in those who understand the intricacies of the legal system, especially with respect to how it applies to environmental legislation.

Jeremy was raised in East Greenwich, Rhode Island and attended Allegheny College in Pennsylvania where he majored in Environmental Science and minored in Economics.

Jeremy’s two favorite birds are the Common Loon and the Superb Lyrebird. The Common Loon’s call is one of his favorite sounds found in nature and reminds him of several places that hold sentimental value for him. The lyrebird, which he saw when studying abroad in Australia, was a species he had seen videos of as a kid doing its amazing vocal impressions, so seeing it in the wild was a special moment for him. 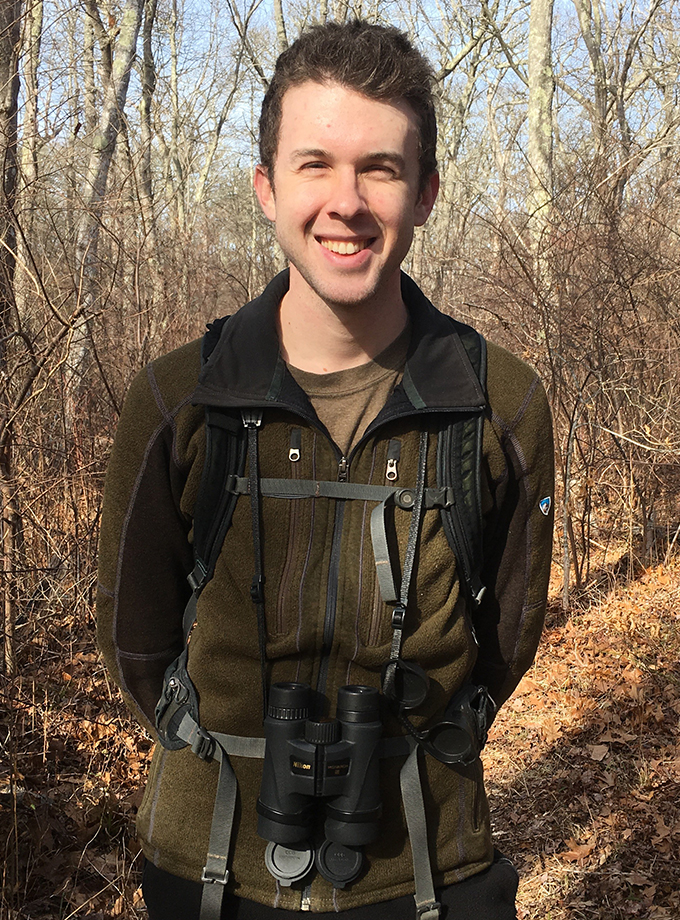 A year after catching the birding bug, Evan was introduced to banding on Parker River National Wildlife Refuge when he was 17, where he first learned to retrieve birds caught in mist nets. He has been banding again while working with the Saltmarsh Sparrow Research Initiative (SALSri) project in Rhode Island for the past few years.

Evan appreciates that a bird in the hand, in a similar way to drawing a bird, can give an unusual insight into that particular species. He hopes to further his artistic skills as well as his banding know-how to aid in future conservation endeavors. One of the first birds he struggled to identify in a field guide was the Eastern Towhee, and it has remained his favorite for its personality, bold plumage, and familiarity. 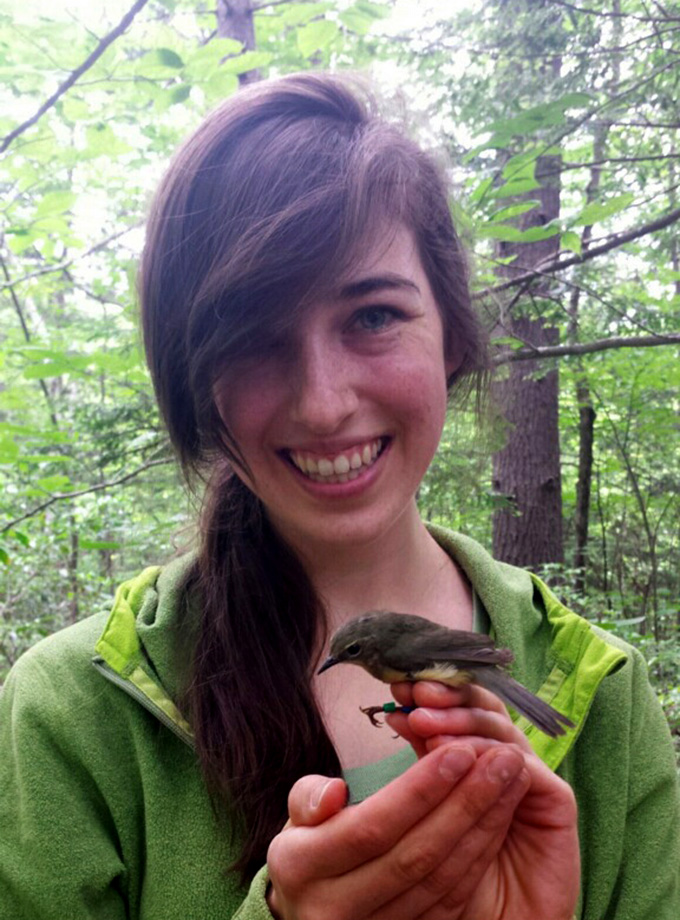 Sarah grew up in New Gloucester, Maine and attended Colby College where she studied French, Painting, and Environmental Science. After college, she began working at various wildlife conservation jobs, migrating more and more towards bird research. She felt that contributing in some way to our understanding of the natural world and its cycles is of the utmost importance—and birds, in particular, can give us key indications of what’s happening in the environment at a local and global scale.

Sarah is coming to Manomet from Point Blue Conservation Science in California. Her current goal is to continue pursuing her interest in bird migration, particularly how it is affected by and can inform us about climate change. She came to Manomet to learn about and contribute to the Landbird Conservation program’s work.

Sarah compares choosing a favorite bird to choosing a favorite song—there are so many good ones, and it’s going to depend largely on her mood, the season, or the weather. Today, it’s the Black-capped Chickadee, because it’s the first species she ever banded and has also been appreciating their wonderful “hey sweetie” song so much since arriving at Manomet, as she missed it greatly while in California. 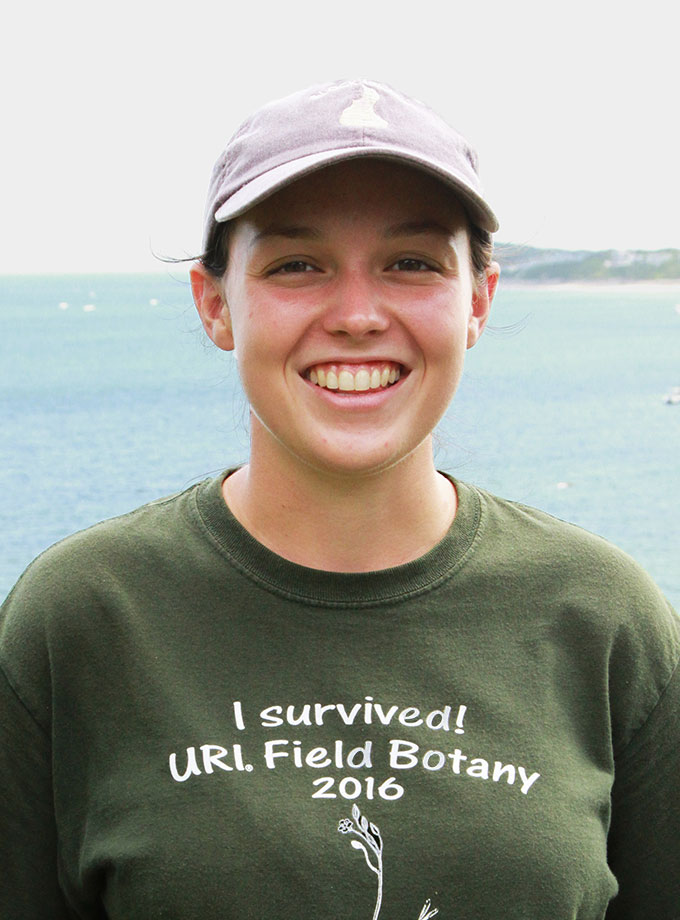 Megan comes from Rhode Island where she has lived her whole life. She graduated in May 2017 from the University of Rhode Island and majored in Wildlife and Conservation Biology and minored in Biological Sciences. She wanted to band at Manomet for its prime location right on the coast and the opportunity to educate the public about banding.

Her goals for the future are to go to graduate school and get her Master’s. She would eventually like to become a full-time biologist and monitor bird, amphibian, and reptile populations.

Megan’s favorite bird is the Slate-colored Junco, as they herald the arrival of winter and look like they’re always in formal wear.